To share your memory on the wall of Barbara Taylor, sign in using one of the following options:

Provide comfort for the family of Barbara Taylor with a meaningful gesture of sympathy.

Barbara loved crafting and had a flair for design. She sewed, painted, did floral design, and made delicious candies. She loved camping, shopping, and chocolate ice cream. Barbara enjoyed laughter and games and was always the life of the party. She was an active member of The Church of Jesus Christ of Latter-Day Saints and served in many Church callings, including Primary presidency counselor, Cub Scout leader, and various callings in the Relief Society. Barbara was known for her beautiful smile and fun personality.

A celebration of life for Barbara will be held on Saturday January 5, 2019, at 10:00 a.m. at the Church of Jesus Christ of Latter-day Saints Fairfield Chapel located at 21521 Fairfield Place in Cypress, Texas.

The funeral service will be held at 11:00 a.m. on Saturday, January 12, at the New Harmony Ward chapel (12 North Main, New Harmony, Utah 84757). Preceding the funeral will be a viewing from 9:30 to 10:30 a.m. Interment will take place at the New Harmony Cemetery. Under the direction of Affordable Funeral Services

We encourage you to share your most beloved memories of Barbara here, so that the family and other loved ones can always see it. You can upload cherished photographs, or share your favorite stories, and can even comment on those shared by others.

Terry, Russ & Joan, Theresa and Teresa and Love, Billy and Rick Firmage have sent flowers to the family of Barbara Kesler Taylor.
Show you care by sending flowers

Posted Jan 13, 2019 at 09:34am
Words cannot express how very sorry I am for the loss of your dear Barbara. I did not have the privilege of knowing her, but as highlighted in the obituary, she sounded like an amazing person. As you cherish the many memories of your sweet Barbara, please reflect on the time when sickness, death and mourning will be no more. (Revelation 21:3,4) May the hope of everlasting life that Jehovah God gives comfort and strengthen you and your family during this difficult time.
(John 6:40, Psalms 37:29)
Comment Share
Share via:
TT

Posted Jan 01, 2019 at 04:58pm
We may not be there in person, but were here in spirit. We're happy to know Claudia and Barbera are now laughing together. Our sympathies are with you 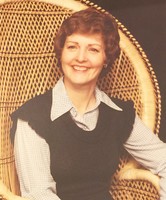 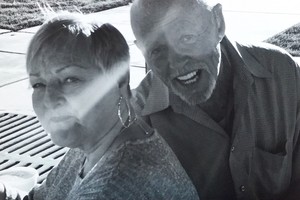