To share your memory on the wall of Bernard Georg, sign in using one of the following options:

Print
Bernard (Bernie) Lewis Georg, age 75, passed away peacefully on February 28, 2020, in New Harmony, Utah. He was born on September 5, 1944 in Accident, Maryland, to Robert and Mabel (Meyers) Georg.

Bernie spent his childhood on a farm in... Read More
Bernard (Bernie) Lewis Georg, age 75, passed away peacefully on February 28, 2020, in New Harmony, Utah. He was born on September 5, 1944 in Accident, Maryland, to Robert and Mabel (Meyers) Georg.

Bernie spent his childhood on a farm in Accident, Maryland. He left Accident with his mother, Mabel at the age of 13 to go out west to Simi Valley, California. Bernie graduated from Simi Valley High School and then signed up for the U.S. Airforce to do his part for the Vietnam War. Bernie was honourably discharged in 1970. He raised his three daughters in Los Angeles, California and continued on to the San Francisco Bay Area, raising his daughters and establishing his own business, Data Networks Unlimited, LLC. He was a very successful entrepreneur. Bernie then moved on to San Luis Obispo county to grow grapes and make wine. Bernie’s hobbies were flying airplanes, viticulture and making wine, spending time with his border collie, Mattie, traveling, and building/selling properties. Bernie spent the last year of his life in New Harmony Utah where he built and enjoyed his “forever home”.

Bernie is survived by his daughters, Brenda Anne Georg, Wendy Anne (Georg) Ray, Susana Lynn (Georg) Ifflander; and grandchildren, Elizabeth Anaya, Noemi Van Nest and Kenneth Bradley Ray, Jr. He will be missed by many other relatives and friends who loved and respected him immensely.

Receive notifications about information and event scheduling for Bernard

There are no events scheduled. You can still show your support by sending flowers directly to the family, or planting a memorial tree in memory of Bernard Lewis Georg.
Plant a Tree

We encourage you to share your most beloved memories of Bernard here, so that the family and other loved ones can always see it. You can upload cherished photographs, or share your favorite stories, and can even comment on those shared by others.

Plant a Tree in Memory of Bernard
Plant a tree 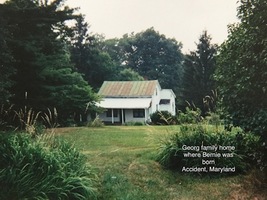 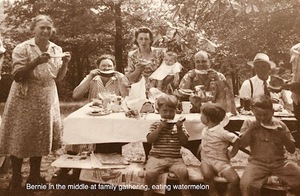 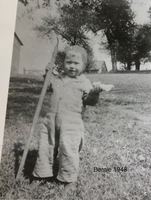