To share your memory on the wall of Bobbie Barney, sign in using one of the following options:

He was born September 12, 1930, in Salt Lake City, Utah to Orden Barney and Elva Alvey and was raised in Escalante, Utah.

Growing up in rural Utah instilled in him many t... Read More
Bob Barney passed away peacefully on July 30, 2019.

He was born September 12, 1930, in Salt Lake City, Utah to Orden Barney and Elva Alvey and was raised in Escalante, Utah.

Growing up in rural Utah instilled in him many things, including a love of adventure, of nature, of animals, of hunting, and of western history. Bob also loved sports and was competitive at every sport he played or watched. Bob possessed a life-long passion for BYU football, and he spent most fall weekends watching BYU play. Though easy-going by nature, few things fired him up more than when BYU wasn’t playing well.

Coming from a family that liked to work with their hands, Bob inherited his father’s love of woodworking. He was an artist at heart, and he had a talent for building and crafting. Throughout his life, he was always planning and designing his next projects, and when he built something, he built it to last.

Some of Bob’s favorite memories growing up were of his family hunting and fishing trips. He always looked forward to a good hunt, and he loved to be in the outdoors. In his life, he traveled extensively across the Western U.S. and Alaska, bringing back pictures he captured of grand mountain landscapes and varied animals and adventures. Being an avid outdoorsman, Bob traveled to Alaska often, always coming back with stories of bears, moose, mining, and halibut fishing.

After high school, Bob enlisted in the Navy during the Korean War. There, he was trained as a Seabee, a member of the United States Naval Construction Battalion. The Navy sent him to Midway Island to repair damage incurred on the island during WWII. As a Seabee, he honed skills that helped him begin a career in lumber sales, a career that also enabled him to travel, meet different people, and see the country.

In 1955, Bob married his best friend, Rose Fudge, in Sandy, Utah where their three children, Jill, Joyce, and Robert, were born. Eventually, they relocated to St. George and later to Cedar City. After he moved to Cedar City, Bob opened Cedar Valley Lumber. It was a time of growth for Southern Utah, and Bob was involved in that growth. He enjoyed long family drives where he could look at the buildings that had been built with lumber he supplied.

Bob was a hard worker, and he expressed his love for his family by providing for them. The lumberyard was how most people knew him. It was where he modeled to his family his values, teaching them by his example until his retirement in 1999.

After Bob retired, he channeled his energy into caring for his cherished wife and home. He was always up before dawn, getting as much work done as he could in the early morning hours. He was a man who saw more sunrises than sunsets, though few people appreciated a beautiful sunset as much as Bob.

In his life, Bob held positions of Bishop, High Priest, and Elders Quorum President. He was also active in the scouting program. Those closest to Bob knew him to have a big heart. He would give the shirt off his back to help out those in need. He was outgoing and loved visiting with people, though it was wise to never take what he said seriously. He excelled at sarcasm.

Bob always lived his life the way he wanted his family to live theirs. The greatest task he placed on himself was in providing for his family, and he did it well.

Funeral services will be held on Tuesday, August 6, 2019, at 2:00 p.m. at the Church of Jesus Christ of Latter-Day Saints’ Enoch Utah West Stake Center located on 3575 N Minersville Hwy in Enoch, Utah with the viewing from 12:00-1:30 p.m. prior to services. Internment with full military honors will be held at the Enoch City Cemetery following the services.

The family would like to give thanks for the loving care Bob received: Marie and Cheri - Iron County Home Health, Dr. North, Des and Cathy from Cedar Ridge Family Medicine, Ethan from Sun Tree Hospice, and Bryan Randall from Affordable Funeral Services.
Read Less

To send flowers to the family or plant a tree in memory of Bobbie Orden Barney, please visit our Heartfelt Sympathies Store.

Receive notifications about information and event scheduling for Bobbie

We encourage you to share your most beloved memories of Bobbie here, so that the family and other loved ones can always see it. You can upload cherished photographs, or share your favorite stories, and can even comment on those shared by others.

Yvonne Hitchcock Dozer and Danielle Dozer and Love, The Belliston Family sent flowers to the family of Bobbie Orden Barney.
Show you care by sending flowers 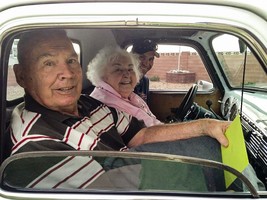 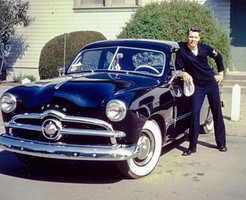 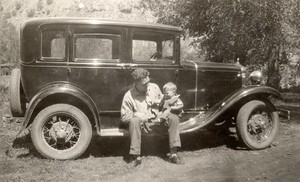