To share your memory on the wall of Charles Washburn, sign in using one of the following options:

Provide comfort for the family of Charles Washburn with a meaningful gesture of sympathy.

Chuck was very proud of his service to his country and was a veteran of the Korean Conflict and the Vietnam War. He loved to tell the story of how he literally ran into an “Uncle Sam Wants You” poster while taking a lunch break from his job at a drug store and immediately enlisted in the United States Air Force. He had a very successful military career earning many awards, including two accommodation awards for meritorious service. It was while he was stationed in Japan that he met the love of his life, Kinko. They were married in Nagoya, Japan in 1953. They raised three children while stationed in Okinawa (Japan), Hawaii, and several states on the U.S. mainland.

Chuck retired at Nellis AFB, Nevada as a Chief Master Sergeant after serving for 20 years. For the next 20 years, he worked for the United States Postal Service in Las Vegas. In 2004, Chuck, his wife, and daughter moved to Cedar City, Utah. He loved the mountains and the clean air. Every chance he got he would go fishing. His favorite spots were Panguitch Lake and the lakes in the Beaver Mountains. Chuck also enjoyed bowling, and after he could no longer throw a bowling ball, he took up Wii bowling, which he loved playing with his family.

Chuck was a very kind man who loved to help people. He had a quirky sense of humor that kept his family and friends laughing. He loved more than anything to be at home with his family and pets. Chuck was also a spiritual man and attended Trinity Lutheran Church in Cedar City, where he had made many friends. He will be greatly missed by all.

Chuck was preceded in death by his parents, Charles and Winifred, by his younger brother, Paul, and by his two younger sisters, Dolores and Betty. He is survived by his adored wife of 66 years, Kinko, by his three children, Diane, Joyce, and Richard, by his three grandchildren, Randie, Kenny, and Kimberlee, and by his great granddaughter, Kinsey.

Memorial services for Chuck will be held at 1:00 pm Saturday, September 21, 2019 at Trinity Lutheran Church in Cedar City, Utah. He will be interred at the Southern Nevada Veteran’s Memorial Cemetery in Boulder City.
Read Less

We encourage you to share your most beloved memories of Charles here, so that the family and other loved ones can always see it. You can upload cherished photographs, or share your favorite stories, and can even comment on those shared by others. 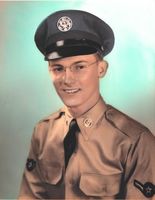 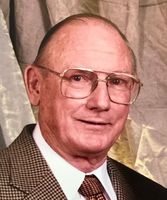