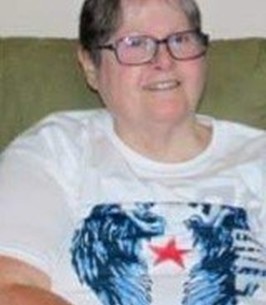 Colleen Mary Knight passed away peacefully, surrounded by family and close friends who have become family, on November 1, 2022. Colleen was born November 18, 1947 in Holland, Michigan to Nora Beirne and Herbert Lake. She met Cliff Knight and later they were married on December 3, 1967 in Logansport, Indiana. Colleen had two children, Michelle and Steven. In 1977, Cliff and Colleen joined the Church Of Jesus Christ Of Latter Day Saints. It was there they befriended Roy and Diana Barr. When Roy and Diana made the decision to move from Indiana to Enoch, Utah. In 1979 Cliff and Colleen also moved their family to Enoch and have lived in the same house on Arabian Way ever since. They were sealed as a family in the St George LDS Temple for time and eternity in 1980. Colleen enjoyed working with the youth in her ward, fulfilling a service mission at the Cedar City Family History Center with Cliff, and working in the Cedar City Temple Baptistry. She especially enjoyed reading and writing letters to her friends as well as to the missionaries serving from the the Spanish Trails Ward.

Colleen is survived by her husband Cliff, her sister Patricia Wellsand, and her daughter Michelle (Chris Langham). She has four grandchildren, Devin Knight, Payson Knight, Dustin Langham and Sadie Langham. And we cannot forget all the many friends and neighbors who have become family. She is preceded in death by her parents and son Steven.

The family would like to thank all the doctors, nurses, home healthcare teams, hospice workers, and the Spanish Trails Ward family members for their love and support (and ALL the food!) during this difficult time. We love all of you!

Graveside services will be held Saturday, November 5, 2022 at 1:00pm at the Enoch Cemetery.