To share your memory on the wall of Connie King, sign in using one of the following options:

She was born January 23rd, 1941 to Darys and Clella Ekker in Bicknell, Utah. Connie grew up in Hanksville, Utah, and had three siblings, Perry, Ina, and Lamont Ekker. She lived in many places around Utah, but Hanskville always had a special place in her heart. Her father passed down his love of music to her and her siblings, and it played a huge part in her life. She was a member of the Church of Jesus Christ of Latter Day Saints and had faith in our Heavenly Father’s plan.

She married Robert Hoggatt and they raised five children in Price. They later divorced. Connie then married Tom King and spent her time in Antimony, Utah. She owned the Antimony Merc. and loved entertaining visitors, hunters, and travelers with good food and live music. She was over the 4-H club, and loved singing at all the town parties. Some of her favorite memories of her life was from her time in Antimony. She divorced and moved to Cedar City, to be closer to her family and grandkids.

Connie was an extremely significant part of her family’s lives. She raised not only her own children, but step children and grandchildren. She has always been greatly involved in all her grandkids lives, and her face just lit up immensely to see her great grandchildren.

She was very proud of her accomplishment of going through the Police Academy at the age of 55, was a Certified Correctional Officer, and worked as a Culinary Supervisor at the Iron County Jail. People would request transfers to Iron County just to be able to have her delicious food.

She was predeceased by her parents, brother Lamont, and two children, Ricky and Shellie.

A graveside service will be held Friday, February 19th, at 11:00 a.m. at the Hanksville Cemetery.
Read Less

To send flowers to the family or plant a tree in memory of Connie Geneal King, please visit our Heartfelt Sympathies Store.

Receive notifications about information and event scheduling for Connie

We encourage you to share your most beloved memories of Connie here, so that the family and other loved ones can always see it. You can upload cherished photographs, or share your favorite stories, and can even comment on those shared by others.

3 trees were planted in the memory of Connie King

Posted Feb 15, 2021 at 12:37pm
We were saddened to hear of Aunt Connie's passing. She was a great lady and will be missed by very many of us. Our hearts and thoughts are with you all.
The Hunt Family
Comment Share
Share via: 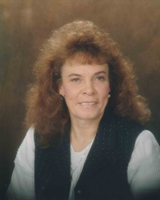 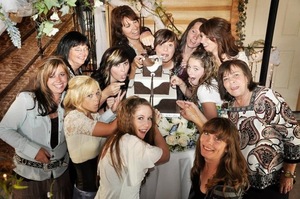 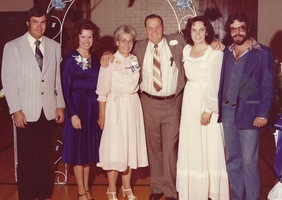