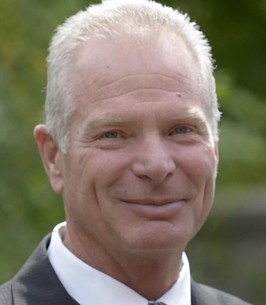 To watch a live stream of the Funeral service, click on the Photos and Videos link above and scroll down a little.

Dean LeBaron Gardner passed away peacefully in his Cedar City home on April 19, 2022. Dean was born on September 2, 1956 to Ben and Phyllis Gardner in Mesa, AZ, and was their sixth and last child. He grew up in Mesa and set the Arizona state record in the 4 x 100 freestyle swimming relay in high school. While attending Yavapai College, he was fifth in the nation in the junior college 4 x 100 medley relay.
As an adult, he trained to be a lifeguard. Because of his training, he was able to save the life of a drowning man he spotted in a lake while his family was vacationing in Washington. The water was too cold for swimming, but he spotted a buoy and knew how to throw it and coax the man to grab it. The man was drunk and had just seen his friend drown and he thought he wanted to die also.
Dean married Ronda Heidbrink Van Duren in 1997. She was concerned about her ability to raise their combined family of 13 children. He told her that she would be able to love them because of the love she would feel from him. He was absolutely right. In addition to being a loving husband, he was a great father and stayed up many late nights talking to teenagers. In their combined family they never had less than five teenagers for the first 9 ½ years. They have added 11 sons and daughters-in-law to the family, plus 35 grandchildren.
Dean was active in The Church of Jesus Christ of Latter-day Saints his entire life. From 1975 to 1977 he served as a full-time missionary in La Paz Bolivia and San Antonio, TX. He learned Spanish and the native Bolivian language of Aymara. He loved teaching and was an engaging teacher. He taught youth classes, Gospel Doctrine, and Gospel Essentials over many years.
Dean worked in construction much of his life and enjoyed building and creating useful things. His skills were handy in adding the required bedrooms and bathrooms to the homes where they lived. He loved riding motorcycles, especially dirt bikes. He also loved gardening and experimenting with better ways to propagate and grow things. In the fall of 2015, Ronda suggested that they use their Christmas tree money to buy a live conifer and plant it in their 2-acre yard. He had so much fun with the project that while she was gone hiking with her son, he returned to the nursery and got more trees and had 15 trees planted by the time she returned. Over the next few years, it expanded to a small forest of 40 conifers which they enjoyed together.
The funeral service will be held in the Westview Chapel at 800 S Laurie Lane, Cedar City, UT at 3:00 p.m. on Friday, April 29th. Friends and family may visit in the Relief Society room at 1:00 p.m.