To share your memory on the wall of Donald Shirley, sign in using one of the following options:

Donald W. Shirley, at the age of 66 passed away on Sunday, January 10, 2021 in Cedar City, Utah surrounded by his family. He fought a courageous, resilient and very s... Read More
Obituary for Donald W. Shirley
Written by Amy Shirley Ellington

Donald W. Shirley, at the age of 66 passed away on Sunday, January 10, 2021 in Cedar City, Utah surrounded by his family. He fought a courageous, resilient and very stubborn battle for several years against Pulmonary Fibrosis. Don was born on November 3, 1954 in Lancaster, California but it was ultimately in Cedar City that he came to love and would retire. Don was an avid fisher, hunter and as he called it, loved "creating". His creations were a product of many years of self-taught education and reading which resulted in becoming a certified welder, computer code and command builder, AutoCAD Designer, and he would ultimately become one of the first hired contractors at the Borax mine in California to be hired without an Engineering Degree. Don was a man of principle, integrity and incredible work ethic. He is survived in death by his sweet wife, Brenda of 42 years and by their three children, Aaron Shirley (41) and his wife Aura; Derek Shirley (38) and his wife Candee; and finally, Amy Shirley Ellington (36). Don also was blessed with 5 rambunctious grandchildren that he adored including Derringer, Wesson, Hunter, Remington and Sadie. He will be missed by so many effected by his amazing spirit over the years. The family wishes to express appreciation to the many relatives, neighbors, friends, church members and healthcare and hospice providers, especially his nurse Janelle Brown. Don's stubbornness was no match for her patience, kindness and determination for which he appreciated her for. The family is also grateful to everyone at Affordable Funeral Services for their resources and support. Online condolences can be sent to www.affordablefuneralservices.com as Don's grave side service was held on Saturday January 16, 2021.
Read Less

To send flowers to the family or plant a tree in memory of Donald Wayne Shirley, please visit our Heartfelt Sympathies Store.

Receive notifications about information and event scheduling for Donald

We encourage you to share your most beloved memories of Donald here, so that the family and other loved ones can always see it. You can upload cherished photographs, or share your favorite stories, and can even comment on those shared by others.

Posted Jan 21, 2021 at 06:21pm
Dear Shirley Family,
We have the best memories of our visits with Don and Brenda. Don was interesting to talk to and told the best stories. We have missed them so much since they moved. Don loved his family and adored those cute grandkids. We are so sorry for your loss.
Lee and Giana Hulet
Comment Share
Share via: 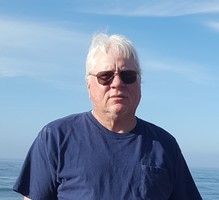