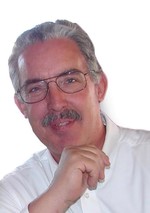 Our loving husband and father, Gary R. Prentice, 66, of Parowan, UT, left his earthly home the morning of June 16, 2020. Gary was born July 10, 1953, in Covina, CA to Richard B. Prentice and Helengene Duffin.
On February 10, 1979, he married and was sealed for time and all eternity to the love of his life, Valerie J. Quintana, in the Los Angeles temple. He often stated how easy it was for him to fall in love with someone so sweet and pure.
Always a caring man, Gary committed his life to providing for his wife and children. His natural ability for design and passion for construction helped him dedicate his work career to his own successful design/build companies; Prentice Construction and Country Lane Home Builders, often assisted by his own children and wife on various projects. After relocating from Southern California to Southern Utah in 1995, he enjoyed continued success in the construction industry, and later transferred those skills into freelance architecture from his home. He truly had hundreds of grateful clients from the west to east coasts.
When he was not working, Gary appreciated art, music, the great outdoors, and literature. He was a skilled painter, photographer, talented guitarist/vocalist, avid reader, and knowledgeable outdoorsman.
A respected member of The Church of Jesus Christ of Latter-Day Saints, Gary served a mission to Brazil in 1973-1975, and was honored to serve in whatever capacity required of him throughout his life, as his love for his religion was the bedrock of his earthly experience.
Always quick with an anecdote, analogy, or perfectly timed joke, Gary had a unique way with words that left an impression upon all who knew him. He will be deeply missed.
Gary is survived by his sweetheart and eternal companion, Valerie J. Prentice, children; Andrea (Luke) Leinbach, Claire (Dana) Meier, Cody (Miranda) Prentice, Rachel (Bryan) Andrews, Kacy (Tate) Wood, Paden (Lila) Prentice, Clay Prentice, and grandchildren; Dylan, Mason, Bowdrie, Boston, Hudson, Virgil, Mya, Aston, Nixon, Kolbee, Todd, and Landon.
Gary is preceded in death by his parents, Richard and Helengene Prentice, sister, Valli Prentice, and daughter, Beth Ann Prentice.
Private services will be held on Father’s Day, Sunday, June 21, 2020, at the mortuary on 2002 N. Main, in Cedar City, UT.
Because of Gary’s love for missionary work, in lieu of flowers, his family requests donations be made in his honor to LatterDaySaintCharities.org