To share your memory on the wall of Glen Miller, sign in using one of the following options:

Provide comfort for the family of Glen Miller with a meaningful gesture of sympathy.

Glen was born in Salt Lake City and raised in Bountiful, Utah. During his school years, he
worked at the Bountiful Motor View and Slim Olson’s Gas Station. Glen loved cars and built a
few himself - winning third place in the 1978 Concours d’ Elegance for his Shelby Mustang.
After graduating from Bountiful High School, he attended Brigham Young University and served
in the Central States Mission for the Church of Jesus Christ of Latter Day Saints. While serving
in the Hawk Missile Division of the United States Army, Glen earned a National Defense Service
Medal as a sharp shooter. He later served several years in the Utah Army Reserve.

On July 28, 1967, Glen married the love of his life, Wanda Fae Miller, in the Salt Lake Temple for
time and all eternity. They welcomed six beautiful children into their home and shared 52 years
of fun and adventure mingled with struggle and triumph! Glen was an avid skier - snow and
water! Boating was his passion! He loved nothing more than being on Lake Powell with his
family around him. He was a wonderful husband and magnificent father who literally gave his
life for his family! Serving for over 31 years as a Temple Ordinance Worker, Glen taught his
children to love the Lord, work hard, and find joy in living. He loved his career in the flower
industry - operating Sea View Nursery in Santa Barbara, California until moving to Cedar City,
where he continued working with his brothers at Milgro Nursery in New Castle.

We encourage you to share your most beloved memories of Glen here, so that the family and other loved ones can always see it. You can upload cherished photographs, or share your favorite stories, and can even comment on those shared by others.

Guaranteed hand delivery by a local florist
BC

Posted Oct 24, 2019 at 09:50pm
Wanda,
we would like to express our condolences to you and your family in the passing of Glen. I often think of Glen's family and the fun that we enjoyed when we were young.
One memory I have is when we would gather for very large thanksgiving dinners at there home in Bountiful, UT their family room seemed to go on forever and seated many of our cousins, there was more than enough food to go around and enjoyment for all.
We pray that you will cherish the fond memories that you have made as a family.
love Boyd and Denise Cook (cousins)
Comment Share
Share via:
MM

Posted Oct 12, 2019 at 08:25pm
Dear Wanda and Family,
It wasn't until today that I learned of Glen passing. Had I have known sooner I would have come to his services.
It doesn't matter that we know this sad time will happen, it is still a hard blow to face when it actually does come. What a comfort your knowledge of the gospel is knowing that this is just a temporary separation and that you will be together again, never to be parted. Families are forever.
I send you my love and deepest condolences during this most difficult time. I pray that you will be strengthened by our Heavenly Father and feel the spirit of the Comforter.
Love, Sister Mary Lou Mackelprang
Comment Share
Share via:

Posted Oct 10, 2019 at 10:43pm
Dear Wanda and children
We were sad to hear of Glen's passing, but know he is happy now. I marvel Wanda at the care that you and your family gave Glen. Less than two weeks ago I saw you with Glen at the grocery store where you were getting groceries and you had him in a grocery cart with a seat. I talked to you then. We enjoyed you when you were in the 20th ward and knew all your children. We send our love to you and please know of our love for you especially at this time. The Evan and Janine Jolley Family.
Comment Share
Share via:
AB

Posted Oct 10, 2019 at 10:35am
Dear Miller Family, We pray you'll feel peace and comfort, and find joy in sweet memories of Glen. "Earth has no sorrow that heaven cannot heal."

Flowers were purchased for the family of Glen Miller. Send Flowers 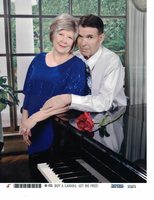 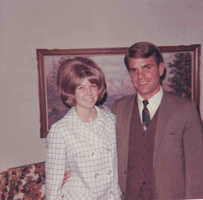