To share your memory on the wall of Herman Pete, sign in using one of the following options:

In his youth he worked on a farm in Enterprise, Utah. He was also a cook for some time before he joined the Army. While in the army he went to many places including Germany where he often reflected back on his time there. After serving his in the army he got into construction where he worked alongside many people who say he was a great worker. He loved to work on cars, go hunting and fishing with grandchildren, watch sports, and go to Mesquite.

He is preceded in death by both his parents, older brother Luther Frank, brother Floyd B. Drye, sister Roselyn Pete, his first wife Althea Benn. He is survived by his wife, Wendy Benn; his sons, Orlando Benn Sr. (Bridget) and Waylon Pete (Charmaine); his daughter, Josephine J. Pete; his loving furry companion Dine Dine; his brother Woodrow Pete Jr.; along with many nephews, nieces, and cousins.

Services will be held at the Rock Church on Saturday 21 of December at 12 PM. Viewing will take place at 10:30 AM - 11:30 AM and followed by the services at noon. Interment will be at the Cedar City Cemetery under the direction of Affordable Funeral Services 2002 North Main, Cedar City Utah (435-586-3456)
Family and friends are welcome to attend.
Read Less

To send flowers to the family or plant a tree in memory of Herman Pete, please visit our Heartfelt Sympathies Store.

We encourage you to share your most beloved memories of Herman here, so that the family and other loved ones can always see it. You can upload cherished photographs, or share your favorite stories, and can even comment on those shared by others. 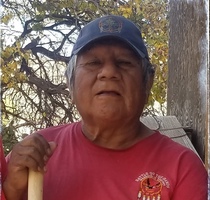