To share your memory on the wall of Irene Conn, sign in using one of the following options:

She grew up in Lund, Nevada on a ranch at Moon River. She Attended Ely High School and graduated in 1952. She then went to a business college in Southern California. Where she met her loving husband at a USO dance. They were married a year later on April 24, 1954, in San Fernando California. They were later sealed in the Logan Utah Temple for time and all eternity.

They started their marriage in California; work took them to Nevada, where they lived in Reno, Wadsworth, Fernley, and in 1976 settled in Winnemucca, Nevada. Irene was always a hard worker. She worked various jobs while raising their 5 children Dwayne and Irene retired to Saint George, Utah and recently moved to Enoch, Utah to be close to family.

She was an active member of the Church of Jesus Christ of Latter-Day Saints. She served in many callings and one of her favorites being a temple worker with her husband in the Reno Nevada Temple. Irene loved to serve and always found someone who needed cinnamon rolls, cookies or other treats. Irene was a woman of great faith and devotion to the Lord.

She is preceded in death by her loving husband Allen Dwayne, her son David, her parents, her siblings, her son-in-law James, and her great grandson Brendan. She is survived by her children Linda, DeeDee(Jay), Bill(Lisa), and Susan. She has 13 grandchildren and 15 great grandchildren.

Our family wants to thank the Intermountain Home Health & Hospice team for their kindness and support.

Online Condolences can be sent to her memorial page at www.affordablefuneralservices.com
Read Less

To send flowers to the family or plant a tree in memory of Irene Hutchings Conn, please visit our Heartfelt Sympathies Store.

We encourage you to share your most beloved memories of Irene here, so that the family and other loved ones can always see it. You can upload cherished photographs, or share your favorite stories, and can even comment on those shared by others. 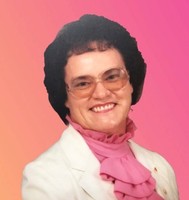