To share your memory on the wall of James Mason, sign in using one of the following options:

He served in the Air Force during the Korean War and worked as a Geologist for the oil and gas industry for many years. He became a heart transplant recipient in February 1999 and his new heart served him well for 22 years. He loved to golf and fish until his deteriorating health made it difficult to enjoy those hobbies.

Jim would say that his life and eternal destiny were forever changed on November 11, 1993 when he trusted Christ as his own Savior. He and Freddie were both members of Valley Bible Church in Enoch, Utah.

He is survived by his wife Mary (Freddie) Mason, two children: James R. Mason III and Dawn M. Hove; two stepdaughters: Erika K. Davis and Alycia M. Graham; twelve grandchildren, and several great-grandchildren. He was preceded in death by his parents and his older sister, Virginia.

At Jim’s request, there will be no funeral service. The family would like to thank all the friends who have been an encouragement to them in recent months. They would also like to express their appreciation to Intermountain Health and Hospice, as well as Rebecca, Jessica and Lillian of Cedar City Hospital for helping to take care of Jim.

Online condolences can be sent to his memorial page at affordablefuneralservices.com.
Read Less

Receive notifications about information and event scheduling for James

There are no events scheduled. You can still show your support by sending flowers directly to the family, or planting a memorial tree in memory of James R Mason Jr..
Plant a Tree

Posted Jun 14, 2021 at 10:55am
Please accept our most heartfelt sympathies for your loss... Our thoughts are with you and your family during this difficult time.

Dawn, Harrison, and Jamie purchased flowers for the family of James Mason. 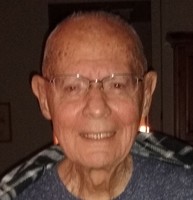