To share your memory on the wall of LaMar Lister, sign in using one of the following options:

There are 12 grandchildren scattered in Nevada, Utah, Massachusetts, and Texas. He is also survived by his siblings Larry (Pat) Lister, Sara (Tony) Valdez, and Lyle (Toni) Lister. We believe dad was met in heaven by his parents, Jesse and Shirley Rappleye Lister and grandson, Kaysen.

Our parents were high school sweethearts and have been married for 48 years. They've made homes in Paragonah and Parowan, Utah, as well as Henderson and Tonopah, Nevada. He worked away from home a lot, including at the Nevada Test Site and the states of Washington and Alaska. Dad held many various positions in the LDS church throughout his life, including scout and youth leader.

While Dad was a carpenter by trade, he was many things to many people. He also filled the roles of advisor, problem-solver, teacher, fishing and hunting guide, and example; although sometimes he was an example of what not to do. (Do not alter the God-given branch placement of your fresh Christmas tree with a drill.)

Dad tackled life, including the last few years, by making light of serious things. To the other patients at the cancer center the day he arrived for treatment in a hazmat suit - we are sorry. We also apologize to the drivers on the interstate the day he bought the giant Chewbacca head mask and stuck his head out the window at every car we passed. We basically just apologize for anytime dad was out in public. We tried.

Dad will be accepting visitors for a viewing on Friday, June 21, from 6-8pm at the LDS church at 59 South 100 West in Parowan and again on June 22 from 10am - 11:30am on Saturday. Funeral will start at noon. Burial will take place at the Paragonah Cemetery, under the direction of Affordable Funeral Services. (435-586-3456)

Dad did request if anyone wants to bring "funeral potatoes" that you please add ham.

The entire family would like to express sincere thanks to the many friends and family who came to visit. We also thank the Intermountain Healthcare Oncology, Home Health, and Hospice staff from Cedar City.

Online condolences can be sent to www.affordablefuneralservices.com
Read Less

To send flowers to the family or plant a tree in memory of LaMar Joseph Lister, please visit our Heartfelt Sympathies Store.

We encourage you to share your most beloved memories of LaMar here, so that the family and other loved ones can always see it. You can upload cherished photographs, or share your favorite stories, and can even comment on those shared by others.

Posted Jun 24, 2019 at 05:58pm
Gayle and family - we're very saddened to hear of LaMar's passing. He was a great man and always had a smile for everyone he met. Please know that we feel very lucky to have known him and we appreciate who he was and will always remember him fondly. - Jayne and Jeff Crabdree
Comment Share
Share via:
SK

Posted Jun 19, 2019 at 07:26pm
I am a better-man, more devoted to God and my Country because I got to spend time with Lamar and Gayle. c. howie rossman II
Comment Share
Share via:

Posted Jun 17, 2019 at 08:22am
Lamar was a great guy w a personality that wouldn't quit he was a joker n the all around fun guy to brighten anyone's day he will be greatly missed by all his family n friends rip Lamar u fought a hard battle to the end🙏🙏
Comment Share
Share via: 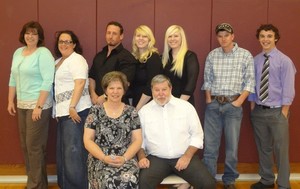 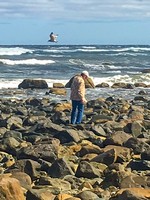