To share your memory on the wall of Leon Sorensen, sign in using one of the following options:

Intermountain Southwest Cancer Center in Cedar City for taking such great care of Leon. Lastly, to the
numerous friends and family who have been there for support and love, helping in every way they can,
your generosity has been greatly appreciated and will never be forgotten.
Read Less

To send flowers to the family or plant a tree in memory of Leon Sorensen, please visit our Heartfelt Sympathies Store.

Receive notifications about information and event scheduling for Leon

We encourage you to share your most beloved memories of Leon here, so that the family and other loved ones can always see it. You can upload cherished photographs, or share your favorite stories, and can even comment on those shared by others.

Leslie Schroeder and Much love from your brothers and sisters. sent flowers to the family of Leon Sorensen.
Show you care by sending flowers

Posted Apr 29, 2021 at 09:34am
Leon is driving on the highway to heaven smiling down on us , . Gone but not forgotten. We will miss you. With our deepest and heartfelt condolences.

Flowers were purchased and a memorial tree planted for the family of Leon Sorensen. Send Flowers

Posted Apr 27, 2021 at 11:12am
Leon was such a great guy! He was gentle and kind - he would do whatever was needed to make anyone more comfortable. We always felt welcome in their home. He and Mary have always been a great team - together they showed so much love. What a great example for all their family and friends! His phone calls on birthdays and holidays meant so much to us! He will be missed. Love to all the family from all our family.
Comment Share
Share via:
MS

Much love from your brothers and sisters.

Much love from your brothers and sisters. purchased flowers for the family of Leon Sorensen. Send Flowers 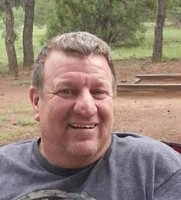