To share your memory on the wall of Marie Smith, sign in using one of the following options:

In her early years she played piano and was an announcer for radio station KMAC in San Antonio. She loved music and movies and being with her family. She and her husband, Wayne moved to Cedar City in July of 2017.

To send flowers to the family or plant a tree in memory of Marie Smith (Bradley), please visit our Heartfelt Sympathies Store.

Receive notifications about information and event scheduling for Marie

We encourage you to share your most beloved memories of Marie here, so that the family and other loved ones can always see it. You can upload cherished photographs, or share your favorite stories, and can even comment on those shared by others.

Rick, Marina, Erik, Michael and Angel Adam Caruso, Evelyn & Alan Miner Family, and other have sent flowers to the family of Marie Smith (Bradley).
Show you care by sending flowers

Posted Apr 12, 2019 at 07:44pm
With loving memories of Aunt Rusty (Marie Smith). She was such a loving, intelligent, strong and genteel lady. With much love for her and for you,

Posted Apr 11, 2019 at 08:02pm
Our heartfelt sympathy to Wayne and all of Marie's family. May you find comfort in the warm memories of the beautiful life that has passed.
Gary and Tammy Koop
Comment Share
Share via:
TK

The Kanns purchased flowers for the family of Marie Smith. Send Flowers 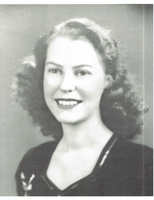