To share your memory on the wall of Mark Dotson, sign in using one of the following options:

To send flowers to the family or plant a tree in memory of Mark David Dotson, please visit our Heartfelt Sympathies Store.

We encourage you to share your most beloved memories of Mark here, so that the family and other loved ones can always see it. You can upload cherished photographs, or share your favorite stories, and can even comment on those shared by others.

Posted Aug 29, 2019 at 08:59am
Dadgummit Mark I miss ya' bro. We sure had some great times together over the years. The memories of the old Shauntie and Bluejay's deer hunting camps keep rolling through my mind since you left us for "higher ground."
Dad, of course, brought us out and showed us first the site of the Shauntie camp. When we were kids he owned the mineral rights to many private mining claims there. And then you had the same dreams he had of developing those Shauntie claims and turned the old campsite into a better camp for our deer hunting adventures. Same with the Bluejay camp; you turned that into a more comfortable and habitable hunting camp with the addition of the little cabin (two "Tough Sheds" joined together).
So many wonderful memories you were a big part of Mark: The endless jokes us brothers shared around the campfire after a day of hunting; the laughter of the inevitable punchlines we all had memorized from rehashing the same old jokes year after year; rising at 5:00 a.m. for coffee during hunting season, then piling into the old cabless Willies jeeps to head for our "secret" hunting spots during 15-20 below Zero weather; coming back to camp after the morning hunt for a late breakfast----frozen to the bone. ;o} );
And then, there were the times "us brothers" and friends had our periodic get-togethers just to "get away from it all" now and again. We had hilarious fun together making fun of each other (and anyone else who had their funny quirks), but always in jest and never in a mean-spirited way. If anyone dared to venture out with us to that Bluejay camp they would also get the same good-natured ribbing from us brothers and come back for more another time.
Oh what fun we had bro! We all miss your contagious, bellowing laughter that we heard literally pealing off the canyon walls when we drove into camp for those get-togethers. The "variety" of Dutch Oven meals you loved to cook up: The steak and taters with onions; the steak and taters with onion, the steak and taters with onions, the steak and taters with onions.
And of course, the steak and taters with onions. ;0).
So many memories you were a direct instigator of Mark, and not to forget the practical jokes we all played on one another in those days.
But that's another chapter that could be put in book form if time and space permitted here.
So long bro; may you rest in peace in your beloved Hamblin Valley and Bluejay camp. One of these days we'll all get together again on "the other side" with our kids, grandchildren and their grandchildren, for some memory sharing. And for sure, when we do we'll treat you with your favorite Dutch Oven meal: Steak cooked rare (meaning "raw") with taters with onions.
See you next time brother, you won't be forgotten.
Comment Share
Share via:
L

Posted Jun 20, 2019 at 04:44am
Dutch oven fire Mark's style. Scrap wood. Matches. Gasoline. Arrange wood in the fire pit. Pour half of the gasoline on the wood. Light the wood and gasoline with the matches. Let the fire burn down a little bit. Pour the rest of the gasoline on the fire. Run real fast away from the fire. Check for singed hair. Cuss and laugh. Add more wood. Prepare a tasty Dutch oven meal. Best results happen at the Blue Jays.
Mark, as a fixture of South Western Utah, you will be greatly missed. I am looking forward to the day I meet the you I have loved so much, and in all honesty, I will miss a few of the things that made me crazy.
To Mark's family, you are adored by him! I'm sorry you have had to endure these years of having to watch such a cunning mind deteriorating, all the time knowing it would take death to bring him back to you. How wonderful it is to know our Redeemer lives and because He lives we will all conquer death. All my love, thoughts and prayers.
Marie
Comment Share
Share via:
LB

Posted Jun 19, 2019 at 07:30pm
To Cousin Mark's Family,
we extend our deepest condolences to one and all. Everything said on this obit is Mark. He had a big and great heart and was generous to his family and friends. His health issues were troubling no doubt and that was sad to witness. HIs Dad, and Mom ,Uncle Bob and Aunt Betty raised him with good work ethics. We share in your loss and our hearts are filled with sadness, but Mark's journey in this life is complete.. May our Heavenly Father comfort each of you. Sincerely, Roger & Elaine Robinson, Parowan, Utah
Comment Share
Share via:

Posted Jun 19, 2019 at 06:05pm
About 20 years ago I was doing some geophysics for Mark and the work took longer than anticipated. I needed to be at my daughters baptism but I only had one truck and my crew needed it to get the job done. Mark did not hesitate when he over heard me talking to one of my guys, he just came over and told me to get in that truck and not be late for her Baptism and to enjoy the afternoon with her. Not many guys would have done that. We continued with our friendship ever since, and talked a few times a month.
It was a pleasure knowing him and getting to become friends with Cathy, Cody and Daniel.
Comment Share
Share via: 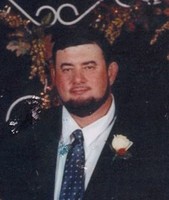 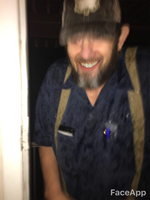