To share your memory on the wall of Maytha Boardman, sign in using one of the following options:

Maytha married Hyrum Boardman October 3, 1935, and the marriage was later solomized in the St. George temple, May 31, 1956. They moved to Paragonah where they started their family and lived for six years. After living in Orem for several years, they returned to Parowan and made it their permanent home. Their marriage was blessed with three daughters and one son, DeAnn Duty, Karen Bentley (John), Beverly (Dennis) Lowder, and Robert Boardman (Jan).

She was a faithful member of the Church of Jesus Christ of Latter-Day Saints and served many years in primary and relief society. Maytha was the secretary for the local and county DUP camp for many years. Maytha’s favorite place to be was in her home, surrounded by her family and being a homemaker. After her family was raised, she worked at KSUB Radio.

Maytha was the oldest of six siblings, Roena, Carlyle, Kenneth, Betty Lou, and Nola Mae, who all preceded her in death. She was also preceded in death by her husband of 56 years, two daughters, DeAnn and Beverly, and one grandson, DeLynn.

She is survived by daughter Karen Bentley of Parowan, Utah and her son Robert Boardman of Bluffdale, Utah and 17 grandchildren, 23 great grandchildren, and 15 great-great grandchildren.
She loved Christmas and singing with her ward choir and performing in the Christmas Cantata. She always appreciated beautiful music. In her later years she loved watching the Utah Jazz and Karl Malone as well as following Tiger Woods on TV. And she loved her Diet Coke-Dr. Pepper mix until the end.

Funeral services will be on Wednesday, December 12th, at 11:00 a.m. at the Parowan 3rd/4th ward chapel with a viewing prior to the services from 9:30-10:30 a.m. Interment will be at the Parowan City Cemetery under the direction of Affordable Funeral Services.
Read Less

To send flowers to the family or plant a tree in memory of Maytha Boardman, please visit our Heartfelt Sympathies Store.

Receive notifications about information and event scheduling for Maytha

We encourage you to share your most beloved memories of Maytha here, so that the family and other loved ones can always see it. You can upload cherished photographs, or share your favorite stories, and can even comment on those shared by others. 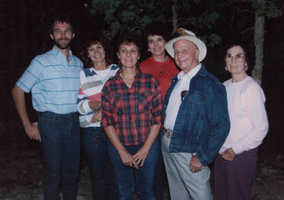 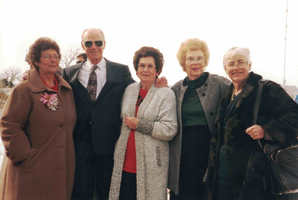 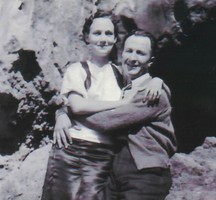