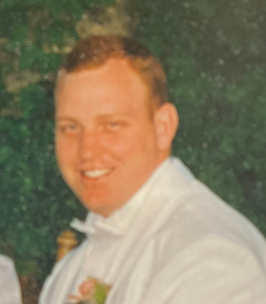 Michael Richard Johnson age 51, passed away suddenly at home on September 18, 2021. He was born on August 12, 1970 in Ogden, Utah to Richard and Lorna Johnson.
He married Joanna Mellor on August 27, 1993 and they were later sealed in the Manti Utah Temple. He served many honorable positions for The Church of Jesus Christ of Latter-day Saints including a 2 year service mission to Argentina. He loved to fish, watch football, cooking shows and pester his children. His family meant everything to him.
He is survived by his parents Rick and Lorna, his siblings Ken, Casey(Lisa), Amy (Keith); his wife Joanna and their six children, Katlyn (Drew), Ashley (Tony), Rachel (Wade), Jacob, Richard, and Brayden, two grandchildren Autumn and Anthony, as well as many nieces and nephews.
He will be missed by all who knew him.
Interment will be at the Cedar City Cemetery on September 24, 2021 at 11:00 am following a viewing from 9:30-10:30 under the direction of Heartlight Affordable Funeral Services.