To share your memory on the wall of Michael Maness, sign in using one of the following options:

Cedar City, UT - He would have wished for more time fishing, gardening and spending time with his family. But Heavenly Father called him home on October 5, 2020.

Cedar City, UT - He would have wished for more time fishing, gardening and spending time with his family. But Heavenly Father called him home on October 5, 2020.

Michael was born in Salt Lake City. Growing up in Bountiful, he joined school choirs and plays. He was outgoing and always looking to make new friends through lively conversations and laughter.

After high school, he joined the Army and worked in mental health while stationed in Germany. He then lived in Louisiana where he sharpened his natural thespian and singing talents and received a Master's degree in Theater Arts from Northwestern State University. He also enjoyed rugby enough to start his own team. Later, he went to massage school in California and eventually took structural integration classes. He helped many people to feel better.

Michael met his wife, Alysse, later in life and they had three children together. He was a great help around the house, and could fix anything from the plumbing to the cars. With his attention to repair details, even the flimsiet of flip flops had nine lives.

He was loved by his family and it was difficult to watch his brave fight with terminal bone cancer.

Michael is survived by his wife Alysse Monson-Maness, their children Mackayla Anne, Michael MacKane, and Mackenzie Rose and her husband Austin Byrd; and stepson Toren Monson and his wife Becky and their children Ella, Ivy, and James. He was the son of George R. and Lorene K. H. Maness; stepbrother to G. Raymond, Jr. (Ilene) and Glenn (Caroline); brother to Ruth (deceased), James (deceased), David, Aaron (Bev), Rose (Stacy), Celia, and Kathryn (Vince); and uncle, grand uncle, and great-grand uncle to many more.

To send flowers to the family or plant a tree in memory of Michael Paul Maness, please visit our Heartfelt Sympathies Store.

Receive notifications about information and event scheduling for Michael

We encourage you to share your most beloved memories of Michael here, so that the family and other loved ones can always see it. You can upload cherished photographs, or share your favorite stories, and can even comment on those shared by others. 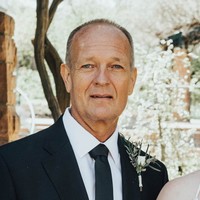