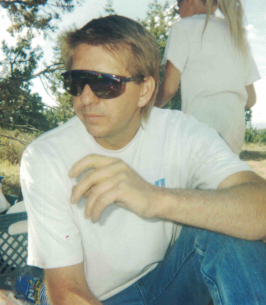 With heavy hearts we announce that Paul Savage passed away suddenly, and unexpectedly on November 15th 2021 at his home in Enoch Utah. Paul was born on September 21st 1956 in Cedar City Utah to Louise and Howard Savage. Paul grew up in Cedar City, and always loved the town and surrounding areas. Paul graduated from Cedar High School in 1974. He went on to learn many skills after high school, including operating heavy machinery, and auto mechanics. He also served many years on the Iron County Search and Rescue team while simultaneously working as an auto mechanic at Bradshaw Chevrolet. During his time off you could often find Paul out in the hills and mountains surrounding Cedar Cedar in his truck or on his 4 wheeler. He would be out there for hours on end shooting his guns, exploring the terrain, and snacking on crackers, cheese and oysters. Paul married Melody Rich and had one daughter named Stephanie; they later divorced. Paul then married Corrina and had 3 more daughters named Shannon, Erica, and Shawna. Unfortunately that marriage also did not last. Paul loved being a father, his daughters were his pride and joy, he spoke of them often. Later Paul married Geri Workman who was the love of his life, and inherited 4 step children who loved and adored him, he taught all of his children, step children and grandchildren everything he knew. Including love, compassion, acceptance, responsibility, and most importantly, how to shoot a gun. Paul had many grandchildren and he loved being a grandpa. If the grandchildren were over visiting at his house, you better believe they would be on grandpa’s lap watching t.v. with him. Paul had a special place in his heart for his grandson Braxton, whom he raised, and was his right hand man throughout the years, until the end of Paul’s life. Paul had many friends and family whom he cared deeply for. Paul loved his mom Louise dearly, he would go over to her house everyday after work, to check up on her, tend to her garden, and visit with her, until she herself sadly passed away. Paul was a wonderful person, who would do anything for the ones he loved. If you ever needed help, Paul was the first one to offer his services or guidance. Paul was a quiet, and humble person always thinking of others before himself. He was just a genuinely great person. He was funny, he loved to joke around, his sense of humor was quirky and dry. Paul found tranquility in shooting, cleaning, and assembling his guns.
Paul is preceded in death by his parents Howard and Louise Savage, his brother Ira Savage, His sister Wilma Price and his uncle Worth Wood.
Paul is survived by his wife Geri Savage, his brothers Micheal(LuAnne)Savage, and John(Linda)Savage, His children Stephanie, Shannon, Erica, and Shawna His step Children Melissa, Nicholas, Sasha, and Mark. His grandchild and right hand man Braxton, and many other grandchildren.
The world is a little quieter, and dimmer without you Paul, your legacy will live on forever in our hearts. We will all miss you.