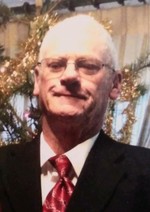 Randall Lee Parks, age 70, passed away suddenly at the Cedar City Hospital on January 8, 2020. He was born on August 16, 1949, in Covina, California to Dennis Lenard and Vivian Love Parks.
Randy graduated from Cedar City High School in 1969. He then graduated from SUSC with an emphasis in building construction in 1974.
Randy was honorably discharged after three years of service in the United States Army. He worked for the city of Cedar City for many years. In 1981 he found the love of his life Sherie Carter. They were later sealed in the St. George Temple.
Throughout his life Randy loved to hunt and fish. He was a dedicated man in everything he did. He died while serving in the temple, doing the work he loved to do.
Randy was preceded in death by his lovely wife, Sherie Parks, his parents, and sister Lavonne.
He is survived by his Sister-in-law, Lisa Sidwell; mother-in-law, Dorothy Carter; and many nieces and nephews.
Graveside services with military honors will be held on Saturday, January 18, 2020, at the Cedar City Cemetery at 11:00 am under the direction of Affordable Funeral Services (435-586-3456). All who knew him are welcome to attend.
Online condolences can be sent to his memorial page at www.affordablefuneralservices.com