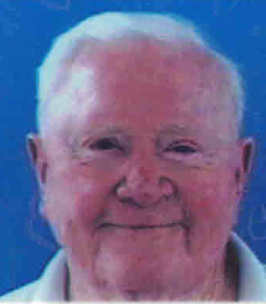 Share this tribute
Memorial Candles Lit for Richard | SEE ALL
Light a Candle
"We are honored to provide this Book of Memories to the family."
— Affordable Funeral Services
Funeral Details Memory Wall Photos & Videos Send Flowers

Print
Richard (Dick) Lionel Patrick was born to Ruth Castle Patrick and William Patrick in Globe, Arizona on October 18, 1927. Richard was the second son of Ruth and William and younger brother of William Raymond.
At about 5 years of age Dick moved with his family for a short time to Holbrook, Arizona, then they settled in Parker, Arizona. He was active in sports and student government in Blake Elementary and Parker High. He met his high school sweet heart, Carol Kelting, his senior year and they eloped on February 26, 1945 to Salome, Arizona. While in Parker they had three children, Richard Michael, Carol Lynn, and Pamela Ann. Dick and Carol lived and worked in Parker until moving to Santa Cruz, California and then on to Saratoga. Dick worked for IBM until 1963. Dick fulfilled his dream of becoming a printer by purchasing the Mancos Times Tribune in Mancos, Colorado. He was the last owner operator, editor, ad salesman, etc of the newspaper until 1967 when he sold the newspaper and purchased the Silver Peaks Cafe which he and Carol ran until selling in 1971. At that time they moved back to Parker where Dick was employed by Metropolitan Water District of Southern California. They resided at Gene Village. Dick worked as a personal relations cook for 18 years until retiring to Lake Havasu in 1989.

After losing Carol in 2003, he married longtime friend Jeannie Green in 2005. After succumbing to dementia around 2013, Jeannie was moved to California where she could get the care she needed.

Dick spent the remainder of his life in the care of his daughters in Mancos, Colorado and Cedar City, Utah. He passed away seven minutes into his 91st birthday On October 18, 2018 at the Intermountain Hospital in Cedar City.

Online condolences can be sent to Dick’s Memorial Page at www.affordablefuneralservices.com

To send flowers to the family of Richard Lionel Patrick, please visit our Heartfelt Sympathies Store.

We encourage you to share any memorable photos or stories about Richard. All tributes placed on and purchased through this memorial website will remain on in perpetuity for future generations.

Share on Facebook
Send flowers to the family
Choose from beautiful standing, table and basket arrangements. Safe and secure online ordering.
View Flower Arrangements
What has already been purchased for the family?
Family Log-In