To share your memory on the wall of Robert Bond, sign in using one of the following options:

Robert (Bob) Joseph Bond passed away peacefully with family by his side at Dixie Regional Hospital in St. George, UT on February 9, 2019 at the age of 83. Robert was born May 22, 1935 in Enid, Oklahoma to Floyd and Ruby Potter Bond and grew up farming in Fruita, Colorado. He learned to rope at a young age and followed the rodeo circuit in team roping while also playing football and baseball in high school. After high school he was recruited by a professional baseball team but was injured before his professional career started.

Robert enjoyed refereeing for youth and the city softball until serving as a sergeant in the Marine Corps from 1953 to 1956, after which he worked at USPS and retired after 25 years.
Robert then began a second career for the Department of Parole and Probation in Las Vegas Nevada as a Corrections Officer at the LVMPD where he trained new officers over the next 16 years. After retiring as a Corrections Officer, he began working for LVMPD fingerprint bureau for another 13 years.

In 2008 he retired from LVMPD to Panguitch Lake, Utah where he indulged his passion for fishing and the outdoor life. Robert also helped to establish the Volunteer Fire Department at Panguitch Lake while volunteering with Search and Rescue for Garfield County, Utah. As a natural born athlete, Robert loved golf, football, archery, baseball ,tennis, hunting, and fishing.
Many of Robert’s children, grandchildren, and great grandchildren caught their first fish, or shot their first buck with Papa by their side.

Robert is survived by his wife Pamela Ostermiller Bond of 51 years. He has 4 brothers: Glenn, Terry, Larry and Ronald; seven children: David, Deborah, Robert (deceased), Kimberly, Kevin, Lisa and Samuel; 12 grandchildren and 10 great grandchildren.
Robert is a member of the Church of Jesus Christ of Latter Day Saints. There will be a private memorial service.

Online Condolences can be sent to his memorial book at www.affordablefuneralservices.com
Read Less

There are no events scheduled. You can still show your support by sending flowers directly to the family, or planting a memorial tree in memory of Robert Joseph Bond.
Plant a Tree

Plant a Tree in Memory of Robert
Plant a tree 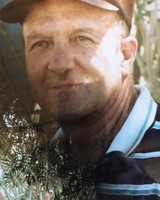