To share your memory on the wall of Robin Smith, sign in using one of the following options:

Funeral Services will be held on Saturday September 14th 2019 at 11:00 am at the Parowan 2nd Ward Chapel (59 South 100 West). Viewings will be held on Friday September 13 at the church from 6:00-8:00 pm and then on Saturday from 9:30-10:30 am prior to services. Interment will be in the Parowan City Cemetery under the direction of Affordable Funeral Services.
Online condolences can be sent to his memorial page at www.affordablefuneralservices.com

To send flowers to the family or plant a tree in memory of Robin Randall Smith, please visit our Heartfelt Sympathies Store.

We encourage you to share your most beloved memories of Robin here, so that the family and other loved ones can always see it. You can upload cherished photographs, or share your favorite stories, and can even comment on those shared by others.

Wendy & Jenny, Rich & Tammy Gillett & family., and others have sent flowers to the family of Robin Randall Smith.
Show you care by sending flowers

Posted Sep 13, 2019 at 01:30pm
Our thoughts and Prayers are with the Smith family at this time. Robin and Linda were neighbors as I grew up in Hinckley on the farm and I always enjoyed our interactions. In fact, when Robin and Linda first moved to the area he was my primary teacher/blazer leader. I have many fond memories of our associations together. I am grateful for the influence he had especially in my early years and am grateful for his continued commitment to the gospel of Jesus Christ throughout his life. Gregg Warnick
Comment Share
Share via:
AM

Posted Sep 13, 2019 at 10:13am
Last year about this time, Robin and Russell Smith came to visit me. I hadn't seen Robin for many years. What a joy it was to visit with my cousin, Robin. We had dinner together at our house with my Mom (Norma) and Dad (Mac/Ellis) joining us. My Mom and Dad shared many stories about growing up with Robin's parents, Francis and Curtis. We shared stories about when we were kids exploring Grandma's (Dorothy Smith) garage and backyard, especially the fig tree and bamboo patch. Robin mentioned it will be just an amazing and fantastic experience to see Grandma again in heaven. Indeed. We caught up on our family members. The next morning Russell, Robin, my wife (Debby) and I had breakfast together. Robin shared the previous nights dinner was just a precious moment and a highlight of his trip. He really enjoyed catching up with his Aunt Norma and Uncle Ellis. I just praise God that we had that opportunity to reconnect and visit. I will truly miss Robin Smith but I will forever remember our recent joyous visit. 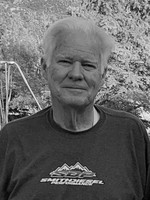 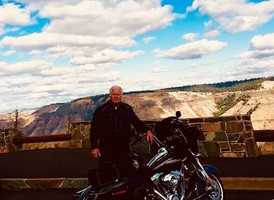 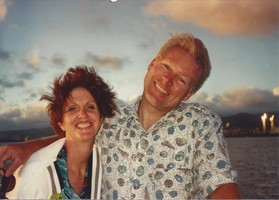