To share your memory on the wall of Scott Day, sign in using one of the following options:

Scott was born June 28, 1948 in Parowan Utah to Norman Higbee and Cherie Taylor Day. He was the oldest of three brothers.

Scott was born June 28, 1948 in Parowan Utah to Norman Higbee and Cherie Taylor Day. He was the oldest of three brothers.

Scott spent his younger years growing up and working on the Day farm. He graduated from Parowan High School and attended CSU and Provo Technical College prior to serving in the Army in Germany during the Vietnam war. He married Lucy Faye Benson in 1969 and together they had two children. Although they later divorced, they always remained friends.

Scott was a life-long resident of Parowan and lover of all that the surrounding outdoors had to offer. Hunting, fishing, camping, boating, tennis and skiing. To watch Scott ski, was like watching poetry in motion. There wasn’t a run or mogul he couldn’t gracefully maneuver. He began skiing at Brian Head before it was even a resort and continued throughout his long career of grooming slopes and maintaining the equipment. It was once said AScottie Day will be the first and last man in Brian Head@. When there wasn’t snow to keep him busy, he still managed to work in the mountains with the US Forest Service, building roads and fighting fires.

Scott was preceded in death by his father Norman. He is survived by his mother Cherie; children, Danna (Mike) Turnbaugh, Mathew (Amber) Day; grandchildren, Damon (Kennedy), Kaylor (Cherryll), Corby (Kiysa), Kaden, Logan, and one great-grandchild, Spencer. He is also survived by his brothers, Larry (Rita) Day and Richard, (Tena) Day.

The family would like to give a special thanks to the wonderful neighbors and friends who looked after Dad as well as the care givers at Suntree Hospice and Stonehenge for their kind and respectful care.
Family and friends may call Saturday, February 20, 2021 at the LDS Church located at 59 S 100 W in Parowan from 10:30 - 11:30 am. Graveside services will be at the Parowan Cemetery at 12:00 pm under the direction of Affordable Funeral Services.

Online Condolences can be sent to his memorial page at www.affordablefuneralservices.com
Read Less

To send flowers to the family or plant a tree in memory of Scott Eugene Day, please visit our Heartfelt Sympathies Store.

Receive notifications about information and event scheduling for Scott

We encourage you to share your most beloved memories of Scott here, so that the family and other loved ones can always see it. You can upload cherished photographs, or share your favorite stories, and can even comment on those shared by others.

Posted Feb 18, 2021 at 07:49pm
Sorry for your loss. Scottie was one of the first people I met back in 1974-75 winter. We worked and played together all those years. I will miss having him around, but know he is in a better place. May the sun always shine and the powder be deep.
Comment Share
Share via: 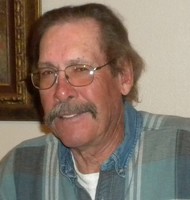