To share your memory on the wall of Theodore Stallman, sign in using one of the following options:

Ted was born November 4, 1938 in Mt. Union, Pennsylvania to Theodore Roosevelt and Helen Alberta (Bowman) Stallman. He was raised by a loving foster family on the Shue farm in Mt. Union where he graduated from high school and then enlisted in the Navy. He proudly served his country for 5 years as an Aviation Boatswain Mate (ABH), launching and recovering Naval aircraft from aboard an aircraft carrier. “Top Gun” had nothing on Ted! This and other jobs while serving, he did willing and honorably. He was honorably discharged from active duty, with a “Good Conduct Medal” from the Department of Navy U.S.N.A.F. China Lake, California Facility. Years later he enlisted in the reserves and served 2 more years with the Department of Navy, Helicopter Squadron NINE, H-3A Helicopter Plane Captain Trainee/Door Gunner, Seal Team Ops Rescue.

Ted proceeded with life at various places of residency until he found his way to Las Vegas, Nevada where he worked for Valley Uniform as a Route Salesman. Here he met and married Emily on August 11, 1984. Not long after saying “I Do” they moved to Bicknell, Utah where they ran the Aquarius Restaurant and Motel for 13 years. Ted’s love of planes, held over from his military youth, prompted him to construct model planes to hang from the ceiling of the Restaurant. This and the many license plates collected from across the U.S., and his harmonica brought many repeat visits from faithful customers. Dishes, the peeling of potatoes and all other kitchen chores waited while he entertained with his harmonica. Playing “Happy Birthday”, served with a piece of pie, was a favorite pastime of his for those celebrating their special day. His music came from the heart, not pages filled with notes. Playing requests was not a problem, but he had his special ones. He loved to play “We Thank Thee Oh God for a Prophet” when he returned to his Sunday Sacrament meetings in his later life. He was a convert to the Church of Jesus Christ of Latter Day Saints, attended his meetings as long as his health permitted, and always picked up his elderly friend who could no longer drive.

While living in Bicknell he belonged to the Wayne County Sheriff’s Jeep Posse, High Mt. Rendezvous, Wayne County Travel Council, Wayne County Drum & Bugle Corp, and the American Legion of which he maintained his membership in Cedar City, Utah. When you heard the sound of a distant drum at the Wayne County Fair parade, you knew Ted would be leading the way down Main Street in Loa, Utah. He was at his finest in his white Navy uniform with Old Glory waving proudly behind him. He was a born entertainer!! Ted loved history, reading and picking up rocks. He was very creative and shared his creations freely. The only rock he could not create with was one the Mexican Customs took from him as he was going back to the Cruise Ship in Puerto Vallarta. He was not happy!!

Ted’s wish of cremation will be honored, and his graveside service with military honors will be held at the Bicknell Cemetery in Wayne County Utah on July 18, 2020 (tentative date) at 11:00 am

Ted, we will listen for the roll of your drum in the thunder and the melody of your harmonica on the summer breeze. Until we meet again, “Rest in Peace”.
Read Less

To send flowers to the family or plant a tree in memory of Theodore William "Ted" Stallman, please visit our Heartfelt Sympathies Store.

Receive notifications about information and event scheduling for Theodore

We encourage you to share your most beloved memories of Theodore here, so that the family and other loved ones can always see it. You can upload cherished photographs, or share your favorite stories, and can even comment on those shared by others.

Posted Apr 17, 2020 at 12:52pm
We would like to pay tribute to a great man. Our family spent many special times at the Aquarius in Bicknell. The food was excellent and we love Ted serenading us on his harmonica. it was so fun.
our boys Corey and Brandon were so proud to be part of the Drum and Bugle marching band. Ted instilled all of these young kids with patriotism.
Thanks for caring. A job well done!
Kerry & Sherrie Anderson
Comment Share
Share via: 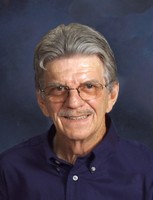