To share your memory on the wall of Dale Eichelberger, sign in using one of the following options:

Print
Dale Raymond Eichelberger peacefully returned to the loving arms of our Father in Heaven on Friday, July 16, 2021 in Cedar City, Utah after a very difficult battle with Alzheimer’s.
He was born April 14, 1936 to Milton and Elizabeth MacLaugh... Read More
Dale Raymond Eichelberger peacefully returned to the loving arms of our Father in Heaven on Friday, July 16, 2021 in Cedar City, Utah after a very difficult battle with Alzheimer’s.
He was born April 14, 1936 to Milton and Elizabeth MacLaughlin Eichelberger in Allentown, Pennsylvania. He and his brother, Dean were raised by their mother. They spent their younger years in Pennsylvania and later moved to Miami, Florida. As a teenager, he dropped out of high school to help provide an income for the family. He worked as a caddy at the Miami Shores Country Club and would give his paychecks to his mother. After a year, he went back to Miami Edison High School to earn his high school diploma. He played basketball for the school team where he earned All-City honors. It was there at Edison High School that he first saw and met the love of his life. The first time he laid eyes on her, he leaned over to a friend, pointed at her and said, “See her? I’m going to marry her!” and they began their courtship. On April, 10, 1961, he married that very girl, Brenda Ray Harris, in Oklahoma City after Dale returned from serving his country. Dale and Brenda’s courtship had been temporarily interrupted while Dale served his country in the United States Army and was stationed in Germany during the Cold War. As a veteran, he was always grateful for his time in the army and loved serving our country. After his return from service, Dale and Brenda moved to Oklahoma City, Oklahoma where they were married. Dale worked in law enforcement as a police officer. It was in Oklahoma City, where their two daughters, Lori and Dana were born. The family then moved to Las Vegas, Nevada. Dale continued working in law enforcement as an officer for the Las Vegas Police Department. While in Vegas, they welcomed their third child, son, Danny.
Dale eventually changed careers and entered the gaming industry where he worked in various positions from slot technician to pit boss. He worked for 25 years at The Sands Hotel and then at The Desert Inn where he retired after seven years. Dale became accomplished at everything he did. He had a deep love for sports and the outdoors and loved and owned horses for many years. He loved golf and even achieved the almost impossible “Hole in One”. He was an avid tennis player and played in many tournaments in Las Vegas. He loved to hunt and fish with friends and family. In 1980 he and his family joined The Church of Jesus Christ of Latter-day Saints. A few years later, the family was sealed for eternity in the St. George, Utah Temple. Dale served in various church assignments throughout his life. One assignment he worked hard at and deeply loved was that of Sports Director for the Las Vegas East Stake. He spent countless hours serving the youth and adults of the church by organizing and coaching basketball and softball games and tournaments. He was an asset to the program and left a deep impact on the youth as he mentored and inspired them to behave well and work hard. He was also very involved in his son, Danny’s sports where he offered his time and talent to coach his various basketball and baseball teams. Dale always considered his greatest life accomplishment to be his family. He has a deep love for his family and was always proud of his children and grandchildren’s accomplishments. He worked hard to provide a wonderful life for them. He made sure they spent quality time creating memories by going camping and on family road trips, boating, and snow skiing. Each summer he took time off from work for a week and sometimes two to take the family to Newport and Balboa Beach, California. Friends were always invited to come on all our family adventures.
After retiring, Dale and Brenda enjoyed traveling to many places on Brenda’s bucket list. They went on cruises with dear friends and often traveled to be with family. Out of all the places they traveled, their favorite vacation spot was Cambria, California. After being retired for a short time, Dale got antsy to work again so he began working at Bass Pro Shop in Las Vegas. This became his dream job as it fed his love for shopping, for hunting, and fishing gear.
Dale will be greatly missed by his family and dear friends. We know he is with his sweetheart, Brenda and wife of 54 years. Dale is preceded in death by his parents, Milton Eichelberger and Elizabeth McIvor and his step father John McIvor, his brother Dean and his eternal sweetheart, Brenda Ray. He is survived by his daughter Lori Eichelberger(Jeff Starr) and granddaughter Tanner White (engaged to Jared Memmott); daughter Dana Cook (Brian, husband) and grandsons Michael Cook (McCall, wife, and great granddaughter on the way), and Elijah Dale and granddaughters Jordan Nichole Wood (precious great granddaughters Sloane and Greta) and Rachel; and his son, Danny Eichelberger (Emilee, wife), granddaughter Summer and grandsons, Keaton and Miles.
The family wishes to thank the staff, nurses, and care givers at Cedar Health and Rehab for taking care of their father while he was suffering from Alzheimer’s. They also want to thank friends in Parowan, Utah who looked after him after Brenda passed away. Thank you for your love and support. A viewing will be held on Saturday, July 31st, 2021 from 9:00 - 10:30 am at the Parowan First Ward Building, 59 N 100 W Parowan, UT 84761. A graveside service will begin at 11:00 am at the Parowan City Cemetery. There will be an open microphone available for all to share sentiments or stories to help celebrate Dale’s life.
Read Less

To send flowers to the family or plant a tree in memory of Dale Raymond Eichelberger, please visit our Heartfelt Sympathies Store.

Receive notifications about information and event scheduling for Dale

We encourage you to share your most beloved memories of Dale here, so that the family and other loved ones can always see it. You can upload cherished photographs, or share your favorite stories, and can even comment on those shared by others. 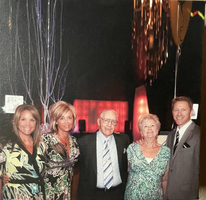 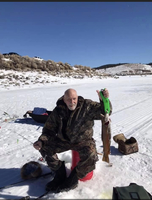