To share your memory on the wall of David Dischbein, sign in using one of the following options:

Receive notifications about information and event scheduling for David

There are no events scheduled. You can still show your support by sending flowers directly to the family, or planting a memorial tree in memory of David Francis Dischbein.
Plant a Tree

Donations are being accepted for: BEST FRIENDS ANIMAL SOCIETY.

We encourage you to share your most beloved memories of David here, so that the family and other loved ones can always see it. You can upload cherished photographs, or share your favorite stories, and can even comment on those shared by others.

Posted Jul 29, 2020 at 03:50pm
Donna, I just saw the notice of David's passing. I will always remember the kindness you both showed to us when we first moved into the area decades ago. I always enjoyed your friendship and hearing about the trips that you and David took. Please accept my sympathy for your loss. Becky Bonebrake
Comment Share
Share via:
LC

Posted Jul 22, 2020 at 03:01pm
Dear Brenda and family, I was sad to read that your father had passed away. I could see from his picture his kindness and intelligent eyes. I remember how glad I was to know you as a student. (Hurrah for physics and astronomy.) I hope you are well and are having success and happiness in your life. Please accept my sympathy on the loss of your father. Affectionately, Laura Cotts
Comment Share
Share via: 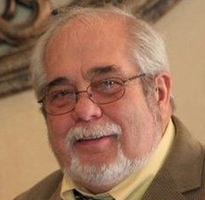