To share your memory on the wall of Douglas Sonntag, sign in using one of the following options:

Print
To watch the Funeral Click on the photos and video button above and scroll down a little. For the digital program scroll down past the obituary.

Douglas Pooser Sonntag – beloved son, grandson, relative and friend – died on Monday, J... Read More
To watch the Funeral Click on the photos and video button above and scroll down a little. For the digital program scroll down past the obituary.

Doug was born in Glendale, California on June 13, 1976, the son of James William Pooser and Cheryl Rae Sonntag Pooser. Doug moved to Cedar City, Utah in December 1986, during his 5th grade year of elementary school with his mother and grandparents, Harry and Mona Sonntag. The Sonntag’s selected Cedar City as their home because of its small-town atmosphere and its proximity to Southern Utah University which offered future educational opportunities for Doug. The Sonntag’s were introduced to the Church of Jesus Christ of Latter-day Saints and were baptized in 1987. Doug embraced the church doctrines and culture and thrived in his newfound faith. At age 19, Doug was called as a full-time missionary and served in the Harrisburg Pennsylvania Mission from 1995 to 1997. After his mission, Doug enrolled at Southern Utah University where he graduated with a bachelor’s degree in Accounting. During his years at SUU, Doug worked in the campus post office and was on the SUU Journal newspaper staff. In addition, Doug was active in the student business club, Phi Beta Lambda (“PBL”). In 1999, Doug represented SUU at the National PBL Conference in Southern California, where he won 1st place in the Quantitative Methods competition. After graduation, Doug worked for public accounting firms in St. George and Cedar City before joining the Leavitt Group in 2014.

Doug loved the members of his St. George and Cedar City Singles wards. He was an able and willing servant of the Lord and accepted each church calling with humility and enthusiasm. His most recent church calling was that of ward finance clerk. Doug was very supportive of others and could be counted on to volunteer to help at every service project, activity, or event. Doug was always prepared and willing to share. Doug’s comments during Sunday School and Priesthood meetings were thoughtful and inspiring and gave evidence that Doug had taken time to read the lesson material in advance.

Doug was devoted to his grandmother and was her primary caregiver until her passing in June 2021 at age 95. Doug and Mona were seldom apart and enjoyed watching TV, playing games attending singles ward activities and traveling together. Mona was an accomplished dancer in her youth and she and Doug would dance together at single adult dances.

Doug enjoyed golfing, hiking, and running. He also played the piano and created crossword puzzles, crypto-quotes and word searches for ward newsletters or team building activities. Doug was a member of Toastmasters and had earned the Toastmasters Competent Communicator award and the Advanced Communicator-Bronze award.

Doug was well thought of, appreciated, and loved by his peers and colleagues. Doug was meticulous, and accurate in everything he did. He was also quiet, kind, and helpful. When asked what he enjoyed most about his job, he said that he liked the unassigned little odd jobs he did to help others such as emptying the shredder bin, helping to stuff envelopes, holding doors open, smiling and greeting co-workers and anything else he could do to lift a burden or gladden a heart.

Doug was preceded in death by his mother, father, and grandparents.

Funeral services will include a graveside service at 10:00am on Saturday, July 17, 2021 at the Cedar City Cemetery, under the direction of Affordable Funeral Services. In addition, a memorial service celebrating Doug’s life will be held in the Cedar City Canyon View Stake Center, 1985 N. Main Street, on Monday, July 19, 2021 at 11:00am. The following is a virtual meeting link for the Monday memorial service: https://zoom.us/j/99784853009?pwd=RS93RjBrSTIreG1yOWl1VTFDV0lmZz09

To send flowers to the family or plant a tree in memory of Douglas Sonntag, please visit our Heartfelt Sympathies Store.

Receive notifications about information and event scheduling for Douglas

We encourage you to share your most beloved memories of Douglas here, so that the family and other loved ones can always see it. You can upload cherished photographs, or share your favorite stories, and can even comment on those shared by others.

CHS Class of 94 and Brandon R Camp sent flowers to the family of Douglas Sonntag.
Show you care by sending flowers

Posted Jul 20, 2021 at 02:32pm
I knew Doug from the singles ward in St. George. I'm very very sorry to hear about his passing. He was a terrific human being.
Comment Share
Share via:
SF

Shelley and Sarah Christensen and family

Posted Jul 19, 2021 at 09:27am
Until we meet again Doug Thank you for your friendship and kind example. We love you. May you find peace in the arms of Christ.

Posted Jul 17, 2021 at 12:13pm
Doug was an important and cherished member of our class and community. He will me missed!

CHS Class of 94 purchased the Peaceful White Lilies Basket and planted a memorial tree for the family of Douglas Sonntag. Send Flowers

Posted Jul 17, 2021 at 03:15am
Doug was my home teacher in the singles ward when he joined. I had health problems back then and he went to my home with a companion and gave me a blessing no matter how late it was. He introduced me to his grandma for many Sunday dinners. She told me to call her grandma and Doug said I was the closest person to call me a brother. We went to mesquite Nevada and ate at Sierra buffet two to three times a year. Doug cared a lot for his friends and I don’t really know anyone he wasn’t a friend to. He loved his family and his grandma and I am glad to call him my friend. He will be missed… warmest wishes to his family… Jason Maag
Comment Share
Share via: 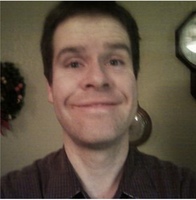 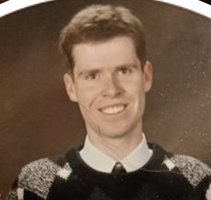 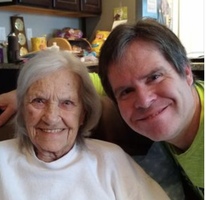 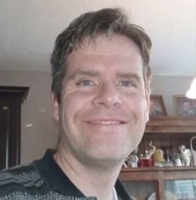