To share your memory on the wall of Emma Smith, sign in using one of the following options:

A graveside service will be held on Saturday May 30, 2020 at 11:00 am at the
Cedar City Cemetery under the direction of Affordable Funeral Services.
We would like to publicly thank IHC Hospice, especially Bob and Becky for
their tender care of our mother Emma.
Read Less

To send flowers to the family or plant a tree in memory of Emma Amelia Smith (Hirschi), please visit our Heartfelt Sympathies Store.

Receive notifications about information and event scheduling for Emma

We encourage you to share your most beloved memories of Emma here, so that the family and other loved ones can always see it. You can upload cherished photographs, or share your favorite stories, and can even comment on those shared by others.

The Family of Al Smith - Valerie, Ken & Janelle, Stephen & LuAnn, Gordon & Carol-Lu, Char & Steve, , and other have sent flowers to the family of Emma Amelia Smith (Hirschi).
Show you care by sending flowers

Posted May 29, 2020 at 09:57am
Peace, Prayers and Blessings during this difficult time. May she rest in peace.

Posted May 28, 2020 at 09:25am
Our Beloved, Aunt Emma. We will miss your gentle kindness. Our thoughts and prayers are with you and your family, until the glorious reunion.

Posted May 27, 2020 at 02:17pm
We wish with all our hearts that it was safe to be with you today, to celebrate your mother's life. She was a lovely woman - the world will miss her.

Posted May 23, 2020 at 11:03am
Our family will miss you, Emma! We always loved seeing your bright smile at church and hearing your strong, heart-felt testimonies. Well done, thou good and faithful servant. Lots of love and prayers for your family. Love, Lisa and Steve Allen and family
Comment Share
Share via: 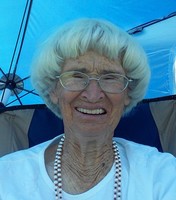