To share your memory on the wall of James McPhie, sign in using one of the following options:

Print
James Earl McPhie "Jim" passed away unexpectedly in the early hours of May 29th, 2019 in his home in Cedar City, Utah. Jim was born on July 28th 1964 in Salt Lake City, Utah to Marilyn and Jerry McPhie.

Jim was raised in Salt Lake City,... Read More
James Earl McPhie "Jim" passed away unexpectedly in the early hours of May 29th, 2019 in his home in Cedar City, Utah. Jim was born on July 28th 1964 in Salt Lake City, Utah to Marilyn and Jerry McPhie.

Jim was raised in Salt Lake City, Utah and spent his youth hunting and fishing and enjoying the outdoors with his Uncle Buck. He always had a love for animals, whether it was hunting them, fishing for them or taking care of them as pets. He also loved baseball, football and tormenting his older sister. Jim graduated from Olympus High School in 1982 where he then went off to work in Kansas as a tile setter. Jim married the love of his life, Bonnie Agren McPhie on October, 29th 1987 and they were sealed in the Manti Temple on October, 29th 1988. Jim and Bonnie moved from Price, Utah to Cedar City, Utah in 1997. Together they had 3 beautiful daughters, 3 incredible grandsons and a granddaughter on the way.

Jim was employed by the Natural Gas Company for nearly 35 years where he established many incredible friendships and was an active volunteer in the community. He was a faithful member of the Church of Jesus Christ of Latter Day Saints where he held many callings, his favorite of which included Scout Master and working with the youth. Jim spent all of his spare time at the lake, he enjoyed taking friends and family fishing any chance he got. Everyone knew how much Jim enjoyed fishing but his true passion in life was being a Grandpa and all of his grand kids thought the world of him. He was an incredible husband, father, grandfather, brother, son, and friend. He was always willing to help anyone and everyone in need. He was considered a "jack of all trades" and used his skills to benefit everyone around him.

To send flowers to the family or plant a tree in memory of James Earl "Jim" McPhie, please visit our Heartfelt Sympathies Store.

Mackae and Cheryl Potter, Dad and Kaye, Renae and Kyla, Tim and Maddox, Sara, and others have sent flowers to the family of James Earl "Jim" McPhie.
Show you care by sending flowers

Posted Jun 02, 2019 at 08:42pm
I’m so sorry for your loss. I looked forward to seeing Jim when we went to the cabin. It really was one of the highlights for me. We talked fishing but we also talked life. Upon meeting Jim, I knew right away he was a person who would make the lives of those around him more enjoyable.
Comment Share
Share via:
MP

Posted May 31, 2019 at 11:58am
We are so sorry for your loss, and pray you find comfort in the coming months. We have really appreciated your friendship through the years.

Dad and Kaye, Renae and Kyla, Tim and Maddox, Sara

Dad and Kaye, Renae and Kyla, Tim and Maddox, Sara purchased flowers for the family of James McPhie. Send Flowers

Posted May 30, 2019 at 11:44pm
Bonnie and girls, I cannot begin to express my feelings about the loss of your beloved Jim. I want each of you to know as dark as this moment is in each of your lives, Jim touched so many lives during his time on earth. He truly was a gift from God to so many of us who had the pleasure of being exposed to his life. As you are he and I only knew each other for 3 years but those were excellent years. Jim befriended me and welcomed me into the community and we developed a powerful friendship. We spent some quality time together on the water and at the cabin. He enriched my life, as he did so many others. He will be missed by all who had the pleasure of his presence. I know he would want us to grieve our loss, but as Jim would want, we must more forward. He still will live on within us all and he will be will us through the remainder of our time here on earth. We must carry on his message, stay positive, help others, live life to the fullest. May God be with you as you continue Jim’s legacy.
Comment Share
Share via:

Posted May 30, 2019 at 11:09pm
I will definitely miss Jim. He was a wonderful friend and I always loved our conversations, which almost always included something about fly fishing and a love we both shared. I don't recall him ever saying anything negative about anyone else. He always seemed to see the good in others. My heart felt sympathies to Bonnie and family. I loved Jim. Steve Burton
Comment Share
Share via: 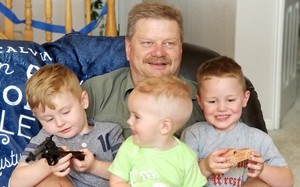 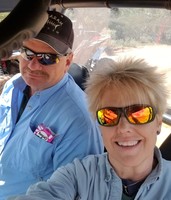 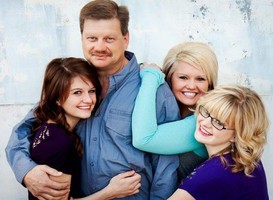