To share your memory on the wall of Janet Luke, sign in using one of the following options:

Janet had an affinity for learning and graduated from Brigham Young University with a bachelor’s degree in music education at the age of 21. Twenty years later, she returned to school and earned a pharmacy degree from Idaho State University. Janet loved working with people as a pharmacist---and they loved her. Always kind, she had a real talent for helping people feel heard and cared about.

Music was an important part of Janet’s life and she took piano, voice, and ballet lessons. Playing the piano became an integral part of her and she taught piano lessons for 40 years. Janet was an expert accompanist and enjoyed that supporting role much more than drawing attention to herself as a soloist. She was also a beautiful singer and her family loved to hear her sing at church and at home while gathered around the piano at Christmas time.

In June of 1967, Janet married Clyde E. Luke of Burley, Idaho. They made Rexburg, Idaho their home for over 30 years and welcomed three children, Laura, Robert, and Michelle into their family. Janet loved every member of her family unconditionally. She strived to be the best wife and mother she could possibly be, often putting others’ needs ahead of her own. Janet was well known for her homemade bread and unfailing cheerfulness and optimism. Another essential part of Janet’s personality was serving others as the Savior would do. She loved the gospel of Jesus Christ, the scriptures, and serving in the temple.

Janet was preceded in death by her sisters, Judy and Pam, and parents, Harold and Mattie. She is survived by her husband, Clyde, daughters, Laura (Brett) Dickison and Michelle (Douglas) Absher, son, Robert, 16 grandchildren, and 1 great-grandchild. She will be greatly missed by her family and friends. Funeral services were held on Monday, April 29, 2019 in Cedar City, Utah and interment was at the Cedar City Cemetery.

To send flowers to the family or plant a tree in memory of Janet Peterson Luke, please visit our Heartfelt Sympathies Store.

Receive notifications about information and event scheduling for Janet

We encourage you to share your most beloved memories of Janet here, so that the family and other loved ones can always see it. You can upload cherished photographs, or share your favorite stories, and can even comment on those shared by others.

Gordon Luke and Family sent flowers to the family of Janet Peterson Luke.
Show you care by sending flowers

Posted Jun 06, 2019 at 09:19am
My aunt Janet was a wonderful, loving and giving person who put serving others ahead of her personal comfort. Her kind and patient influence will be greatly missed.
Comment Share
Share via:
GF

Posted Apr 25, 2019 at 04:26pm
Our Deepest Sympathies are with your family at this time! Your mother was a beautiful, kind woman and she will be truly missed.

Flowers were purchased for the family of Janet Luke. Send Flowers 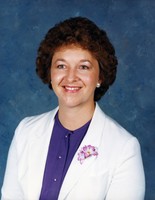 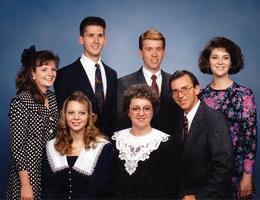