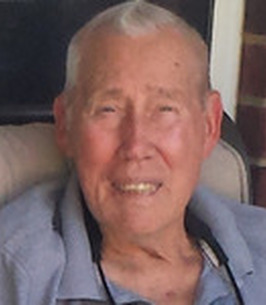 Share this tribute
Memorial Candles Lit for Joseph | SEE ALL
Light a Candle
"We are honored to provide this Book of Memories to the family."
— Affordable Funeral Services
Funeral Details Memory Wall Photos & Videos Send Flowers

Print
Joseph Francis Workman, 96, of West Cody Drive in Cedar City, UT, passed away peacefully at his home on the morning of October 26, 2018.

Born to Frank Joseph Workman and Anna (Kilcoyne) Workman in St. Louis, MO, on December 1, 1921; he was the eldest of three children, including his younger sister: Eleanor Marguerite Workman, and his younger brother: Francis Workman. He was raised in the Indiana Soldiers' and Sailors' Children's Home in Knightstown, IN and enlisted in the United States Navy on September 25, 1940. He was aboard the U.S.S. California on December 7, 1941 when the Imperial Japanese Navy attacked the U.S. Navy at Pearl Harbor, Hawaii. During the attack he suffered injuries that eventually cut his military career short, and caused some disability for the rest of his life. He was medically discharged from the U.S. Naval Convalescent Hospital in Santa Cruz, CA on September 5, 1944, as a Yeoman Second Class.

Joseph married his childhood friend Leora Jean (Swift) Workman on January 6, 1945, after returning to Indianapolis. They remained married for over 55 years until her death on May 2, 2000. His only child, Jo Ellen (Workman) Weller was born to the couple on June 10, 1948. She preceded him in death on November 2, 2007.

Joseph used the G.I. Bill to attend college, and graduated from Butler University in Indianapolis, IN in 1949, and then graduated from the University of California, Irvine School of Law in 1952. He was employed by the federal government in several agencies, including the Bureau of Reclamation and the Internal Revenue Service, as a career civil servant. Joseph’s career took him to many locations around the country including Riverside, CA;, El Paso, TX; Atlanta, GA, Washington, D.C.; Indianapolis IN; and Garland, TX.

He will be dearly missed by those who knew and loved him.

A private burial service for the immediate family will be held. Online condolences may be made by visiting www.ochalekstark.com

Donations may be made in his memory to the National MS Society, PO Box 4527, New York, NY 10163 in honor of his daughter, Jo Ellen Weller.

To send flowers to the family of Joseph Francis Workman, please visit our Heartfelt Sympathies Store.

We encourage you to share any memorable photos or stories about Joseph. All tributes placed on and purchased through this memorial website will remain on in perpetuity for future generations.