To share your memory on the wall of Michael Risner, sign in using one of the following options:

Print
Michael Gene Risner, age 50, passed away unexpectedly March 16, 2020 at his home in Cedar City, Utah. He was born January 24, 1970 in Columbus, Ohio to Eugene and Hildegard (Riedler) Risner.

Michael spent the majority of his youth in Co... Read More
Michael Gene Risner, age 50, passed away unexpectedly March 16, 2020 at his home in Cedar City, Utah. He was born January 24, 1970 in Columbus, Ohio to Eugene and Hildegard (Riedler) Risner.

Michael spent the majority of his youth in Columbus, spending many summers in Austria with his mother, sister, and his mother's extended family. Gene Risner, Michael's father, passed away when Michael was only eight years old. Michael and his mom, Hilda, were extremely close — in fact, we only lost her 6-months ago, and he passed away on what would have been her 81st birthday.

As an adult, Michael was an active volunteer with the Community Festival, Art in the Park, and other charitable causes in Columbus. He fondly recalled his time living year-round on the popular tourist destination island of Put-In-Bay, Ohio, where he and a business partner briefly ran "the world's smallest Heineken bar," among other endeavors.

In 2003, Michael met his partner, Jennifer Bach, while they were both volunteering for ComFest. In 2006, they relocated to Boulder, Utah and eventually settled in Cedar City. He enjoyed hiking, camping, geology, wild birds, cooking, landscaping, and tending to his numerous house plants. His boisterous baritone laugh and fun-loving personality left an impression on all who met him.

He is preceded in death by both of his parents. He is survived by his partner, Jennifer; his sister, Heidi (Joe) and his niece, Hana; his cousin, Kim (Jack) Antes; and numerous other extended family members around the world.

Michael will be cremated at Affordable Funeral Services in Cedar City, after which his immediate family will hold a private service at a later date, TBD.

In lieu of flowers, please consider making a donation to the Nature Conservancy, Audubon Society, Veterans of Foreign Wars, or similar charitable causes. Online condolences can be sent to

Receive notifications about information and event scheduling for Michael

There are no events scheduled. You can still show your support by sending flowers directly to the family, or planting a memorial tree in memory of Michael Gene Risner.
Plant a Tree

We encourage you to share your most beloved memories of Michael here, so that the family and other loved ones can always see it. You can upload cherished photographs, or share your favorite stories, and can even comment on those shared by others.

Plant a Tree in Memory of Michael
Plant a tree 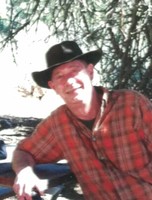 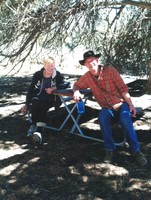 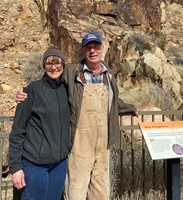 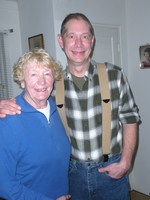