To share your memory on the wall of Nicholas Faulkner, sign in using one of the following options:

Nicholas Larsen Faulkner
Surrounded by his lovi... Read More
To watch the service live go to the Photo and Video Tab above or copy and paste this link in your browser

Nicholas Larsen Faulkner
Surrounded by his loving family, Nicholas Larsen Faulkner passed away peacefully at his home in Beaver, Utah, on March 14, 2021.
Nick was born on December 6, 1942, the fifth child of William Charles and Bernice Larsen Faulkner in Spokane, Washington. Shortly thereafter his family moved to their fruit farm in Edgemont, the river bottoms area of Provo, Utah. He spent his childhood doing many jobs on the farm from irrigating at all hours of the night to taking care of the livestock. At the young age of ten, he picked cherries where he lost his first day’s wages for not leaving the stems on.
He graduated from Brigham Young High School in Provo, Utah, in 1961; he had many faithful friends that he stayed in contact with until his final days. He learned the value of hard work from his dad and older brother; he was doted on by his three, loving, older sisters. Nick was blessed with a keen mind and a great sense of business right to the very end. He owned and operated many successful businesses in multiple states, which often required that he fly his personal plane, which he loved doing. Flying was one of his many passions.
When Nick was not working, he could be found on the lake boating, snowmobiling in West Yellowstone, riding ATVs in the Tusher mountains, or riding his Harley in Sturgis with his wife and boys. In 1967 he met and married Karyl Skinner, who had two sons of her own, and together they added four more. They later divorced.
In 2003, he married his eternal companion and love of his life, Patrea Rasmusson; from this union, he gained a daughter and two more sons. He and Patrea lived in the beautiful valley of Beaver, Utah. He often proudly told his friends that there were no stop lights in Beaver; when the first one was installed, he was not happy about it.
Nick is an active member of the Church of Jesus Christ of Latter-Day Saints. He served faithfully in many callings. Several times he served as a Scoutmaster and was a great example to many boys. He also served as a Ward mission leader, a ward clerk, and a stake clerk. Nick had a true testimony of tithing and fast offerings. and was blessed richly throughout his life.
He was truly the best Dad, Grandpa (Gramps), and husband ever!! He is survived by his wife, Patrea Faulkner, his sons, Nick (Nancy) Faulkner, Jr., Chris Faulkner, Shayne (Susan) Faulkner, Courtney (Summer) Faulkner, Jen (Bryan) Alexander, Chase (Taisha) Powell, Austin
(Kami) Mortensen, Jeff (Nancy) Skinner. 24 grandchildren, 6 great-grandchildren, and many nieces and nephews. He loved them all dearly.
He is preceded in death by his parents and older siblings, Diane Jarvis, Jackie Bryant, Margaret Woody, Bill Faulkner, an infant, younger brother Arthur Faulkner, and son Brett (Wendy) Skinner. Funeral services will be held on Saturday, March 20, 2021, in the Beaver 5th ward located at 1380 East 200 North, Beaver, UT. Family and friends are welcome to attend Nick’s viewing from 10:00 A.M. to 11:30 A.M. Formal services will be held at 12:00 P.M. (High Noon). All who attend are asked to bring and wear masks as social distancing and Covid 19 protocols will be encouraged.

To send flowers to the family or plant a tree in memory of Nicholas Larsen "Nick" Faulkner, please visit our Heartfelt Sympathies Store.

Receive notifications about information and event scheduling for Nicholas

We encourage you to share your most beloved memories of Nicholas here, so that the family and other loved ones can always see it. You can upload cherished photographs, or share your favorite stories, and can even comment on those shared by others.

Stradley, Yates and Chavez families (Ryan, Debby , Wm. Faulkner Bryant, and other have sent flowers to the family of Nicholas Larsen "Nick" Faulkner.
Show you care by sending flowers

Guaranteed hand delivery by a local florist
AS

Posted Mar 19, 2021 at 05:36pm
Uncle Nick was very sweet to my son Kane. I can’t believe how lucky kane was to get to spend so many days being babysat at grandma Jackie’s with my mom (Nece), Grammy (Jackie) and uncle Nick popping in with his cool car for baby Kane to look at. Nick would always say “do you want me to come take you with me?” When gram would let him talk on the phone. I remember gram always telling funny stories about her baby brother too “Jackie.... Jackie can you come here a minute” haha I can still hear them reliving the zipper incident. And of course all the donkey things gram would find for uncle Nick, no matter where we were vacationing. And the wonderful memories at the bowling alley, so many family members there and as long as you called everyone cousin, you didn’t have to remember all the names. Then came Mazatlan, and parasailing with Patrea while uncle Nick cheared us on from the beach.. I’m glad we got to be such a close family. We are blessed to have so many memories, and I’m so glad my mom has such good loved ones with her in heaven.
Comment Share
Share via:
S

Posted Mar 19, 2021 at 12:36am
Growing up Nick was a great example. One of my favorite memories was when some kids where messing around and thought they could out run Nick and he ran them down. They was so suprised. Nick was always helping the young men and women. Bringing his boat to youth activities. Love to all the family.

Love, Jon and Carri Green and Family purchased the Summer's Light Bouquet for the family of Nicholas Faulkner. Send Flowers 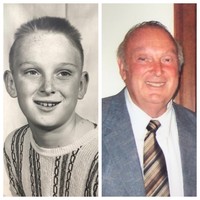 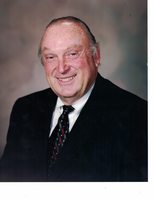