To share your memory on the wall of Bob Evans, sign in using one of the following options:

After the war they went back to Parowan and he attended Parowan High where he played football and boxed through his high school years for the Cedar Elks club winning a Golden Gloves Award and also was the class president graduating in 1958. At age 17 , he enlisted in the Utah National Guard and was deployed to Puerto Rico in 1960 and also went to Alaska on a training mission. He was the Headquarters Battery Supply Sargent for 17 & 1/2 years.

Bob worked for his dad hauling cattle, farming, and also hauling coal for the Iron county schools. He went to CSU which is now SUU for 2 years also playing football, he married his high school sweetheart Jackie Hammell July 23 1960 in the St George Temple. They lived in Wyoming where he worked on his parents ranch, they later moved back to Parowan and were blesssed with 5 wonderful children Lance, Chris, Mindy, Marla and Natalie.

He started working as a Butcher at the Southern Utah Dairy cutting meat and running the locker plant where he got the nickname “Bob the Butcher”. Bob went back to driving truck and later worked as a security guard at the Nevada test site for 3 years where he got exposed to radiation and later lost a leg due to this... In 1965 he bought a backhoe and got his contractors license starting his own Business, Evans Excavating and Supplies & Gun Shop where he built most the roads up to Pangutich Lake, Parowan, Brian Head, and even put in the first ski lifts up in Brian Head. He later worked up the mountain to Panguitch Lake with his son Lance. He enjoyed Fishing after work , it was one of his great joys. His son Chris worked with them at the Iron Mines. His daughters and daughter in law worked in his office. Bob gave jobs to many people that needed them and donated his time pushing snow for the elderly and helping anyone in need. Bob was a faithful member of the Church of Jesus Christ of Latter Day Saints and had a very strong testimony, he was the ward Historical Clerk for over 30 years.

Bob was known as a man of his word, honest in all maters, a man of exceptional strength and integrity and the “Will” to overcome the many struggles and painful tragedies in his life. He was the most unselfish, giving and trusting man we ever have known. He was the best husband, dad and grandpa, he was always there for his family and loved them all so much, we will miss him the rest of our lives.

Through his covenants and the atonement of Jesus Christ, he has taken this step to his eternal destination with his Heavenly Father in the arms of his loving parents, his daughter Marla and loving grandson whom he helped to raise.

He is preceded in death by his Beautiful daughter Marla Stones, grandson, parents Alma and Carma Cottam Evans, grandparents and in-laws and a nephew Russell DeGroff.

He is survived by his loving wife Jackie, Children: Lance(Kelli De), Chris(Rebecca), Mindy(Ken), Kelly, Natalie(Kerry). Grandkids : Cobe(Cassi), Cherish(Kyle), Ashlee(Tyler), Beth(Mitch), Nathan(Tyfanee), Tasha, Zane, Kenzie(Kade), Destiny, Marlaina, Nick, Layne, Bronxton, Jagger and 19 Great Grandkids. In lieu of flowers please send donations to State Bank of Southern Utah in Parowan in the name of Robert & Jackie Evans. Thank you to Dr. Wade Oakden, Hanger Clinic-Brian and Mick, Dr. Gary Clark and those who have been so kind to the family. Due to COVID a private service will be held
Read Less

To send flowers to the family or plant a tree in memory of Bob Evans, please visit our Heartfelt Sympathies Store.

Receive notifications about information and event scheduling for Bob Evans

We encourage you to share your most beloved memories of Bob Evans here, so that the family and other loved ones can always see it. You can upload cherished photographs, or share your favorite stories, and can even comment on those shared by others.

Posted Dec 03, 2020 at 06:32pm
Dear Jackie:
Boyd and I were so sorry to hear of the passing of your sweet and beautiful daughter and then that you lost your beloved husband also.
Bless your sweet heart.
Sent with a gentle hug.
Boyd, Mary and the
Whitney family
Comment Share
Share via: 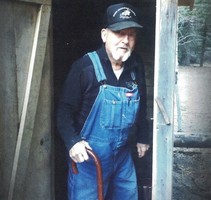 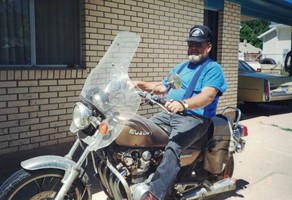